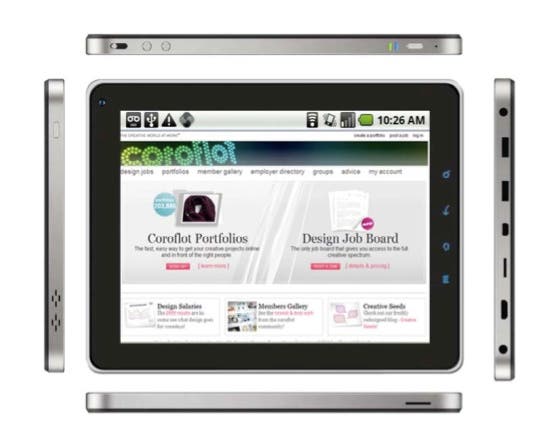 The GS30 has some seriously interesting design and specification details. If it looks anywhere near as good as it does in the flesh as it does in these concept drawings, Apple and the other big guns should really be sitting up and listening!

We’ve already spoken about the GS30 here, but now we have a few more details to add, and some extra images. 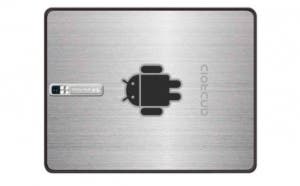 As previously mentioned the CPU is a 1Ghz model from Samsung, there’s 512Mb RAM and you get to great quality cameras (5 mega-pixel on the rear and 2 mega-pixel on the front). There’s also a huge battery and a capacitive 9.7” screen with IPS tech.

New details, that have come to light are that there will be a 3G option the cameras will support video capture as well as still capture plus there is built in Bluetooth.
There are plenty of input/output options too! 1 x speaker, 3.5mm stereo headphone jack, built in microphone, micro SD card reader (supporting cards up to 32Gb), 1 x mini USB and 2 x USB 2.0 plus a HDMI out!!!

3 built in memory options will also be available. 4Gb/8Gb and 16Gb.

From these new images we can also see that there will be a power switch, hard reset button, volume buttons a home key and a screen orientation lock switch. There also seems to be a battery indicator light built in to the side of the device.

Overall dimensions are 245 x 192 x12 mm! which makes this Shenzhen tablet thinner than the iPad yet more feature packed!

Official details on weight have yet to be been released, but our source claims it won’t be the lightest device in the world and is likely to weigh around 800 grams, but that’s hardly surprising considering the large 9.7 inch screen, huge 6500 mAh battery, alloy body and huge array of functions build in.

No pricing details have been announced yet but expect to pay around $450 for the GS30 once it releases sometime in March.