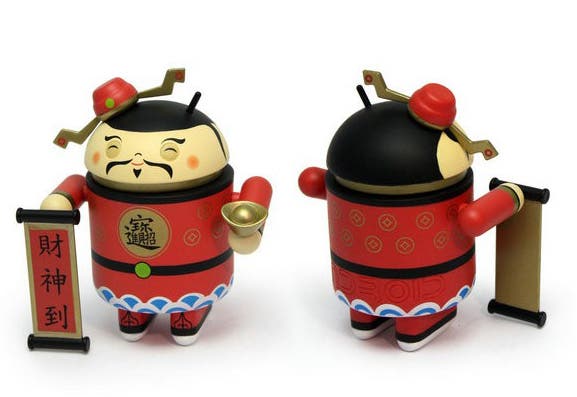 As the Chinese Spring Festival approaches the many Chinese based factories are slowing down production and preparing to have a well deserved break.
To celebrate the new year one tablet manufacturer has made this rather cool Android robot doll dressed in traditional Chinese New Year attire.
Factories in China are expected to ramp up production and release their new tablets and gadgets in March this year, so get ready for some amazing new gadgets, tablets, computers and clones for the coming year!