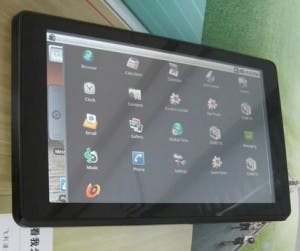 We realized tablet prices were dropping due to the increased in competition, but $60 or 399 Yuan for those of us in China, is a new low especially for what your getting!

This 7 inch tablet comes from the same manufacture who make the Dawa tablet, so you won’t be getting some no name generic tablet but actually one from a relatively known brand.

The price isn’t the only surprise though as this bargain basement Android tablet gets an ARM 11 based 800Mhz CPU from chip makers Telechip, 256mb RAM, HDMI our and support for an external 3G connection. 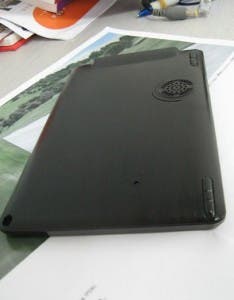 Also after May the O.S will receive an update to the latest Android 2.3 Gingerbread, which brings better battery life and overall performance increases.

It’s not all good though the screen is the cheaper resistive style of screen which may require more physical pressure to use or may need a stylus to except input correctly, the 3G unit is external which means carrying extra equipment about with you, plus the overall appearance is a tad on the bland verging on ugly side.

That said though what can we really expect for $60?

Previous iPad 2 Sold Out In China Within 4 Hours!

Next Youku In Talks With Apple To Replace Youtube