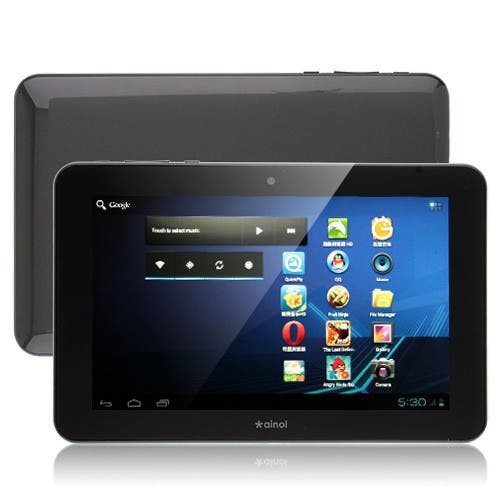 Ainol have been a little quiet of late, after shocking the electronics world by releasing the worlds first Android 4.0 tablets late last year and at prices just about $100!
Now, they are back and with an all new version of the popular Ainol Novo 7 series device.

The latest version of the Ainol Novo 7 named the Aurora, follows the same tried and tested Ainol formula, meaning you are getting a 7 inch Android 4.0 tablet at a low price, but this time with an new processor.

Ainol have decided to make use of the new Allwinner A10 CPU for the Aurora, which is a low cost, high performance 1.2Ghz unit. They have also given the Ainol Aurora a healthy 1GB RAM, 2 mega pixel front camera, Wi-Fi etc.

What is missing on the Ainol Novo 7 Aurora is a rear camera and 3G, but the lack of these parts suggests a retail price of less than $100, and could actually see the little tablet selling for $65!

Next Next Generation 10inch Haipad A10 Android Tablet Spotted!