Coolpad are one of the larger and better known Chinese phone makers who sell phones direct to stores rather than pre-orders or lotteries. Their latest phone the Coolpad 7290 is a low-cost dual-core MT6577 phone with 4.5 inch screen which could have been appealing to customers wanting a low-price high-performance phone.

Coolpad’s latest phone the Coolpad 7290 is aimed at budget shoppers who want the power of a dual-core CPU and larger 4.5 inch screen but don’t want to spend too much.unfortunately Coolpad have done too much cost cutting in this new phone and are asking to high a price for me to get very excited about it.

Like many of the current Chinese phones the Coolpad 7290 comes equipped with a dual-core MT6577 CPU clocked at 1Ghz however they have decided to give the 7290 just 512mb RAM. 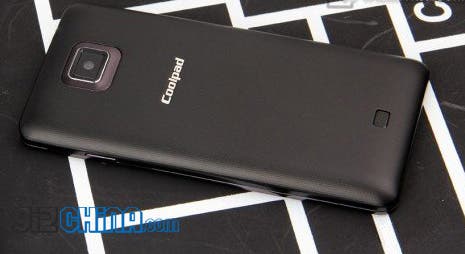 For the screen Coolpad have opted for a 4.5 inch with a resolution of 854 x 480 which when compared to phones like the JiaYu G3 or UMi X1 looks a little embarrassing considering the price tag!

As you can probably guess from the above hardware, CoolPad have also skipped on the rear camera too and have decided a 5 mega-pixel unit to be up to the job for customers buying the Coolpad 7290.

I can see that Coolpad see themselves as a larger brand than some of the other options on the market, and that their hardware may well be made to higher levels of quality, however to make the Coolpad 7290 with so many downgraded and still expect customers to pay $200 for the privilege is a bit much!

If the Coolpad 7290 featured 1GB RAM and an 8 mega-pixel camera then I could get on board, I would even give it more of a thumbs up if it offered a high-resolution screen with the current camera and low RAM, but as it is this phone just seems too little for way too much!