The UMi X1 is one of my top favorite alternatives JiaYu G3 phones and there are numerous reasons why you should buy one over the long overdue JiaYu, but now their is one defining reason it’s on sale now and available to international customers!

UMi have been a hell of a lot smarter than JiaYu when it has come to the UMi X1 dual-core MT6577 phone and rather than leaking details of the phone before they were ready have kept details to a minimum regarding their super slim Android 4.0 phone.

This has meant however that many prospective customers know little about the UMi X1 and the fantastic value for money it represents, so if you’re in the market for a high quality Android phone with 4.5 inch display, great styling and an awesome rear camera keep reading!

If you know the specification of the JiaYu G3 then you already know just how amazing the UMi X1 is going to be, for those of you who don’t know then let me recap. 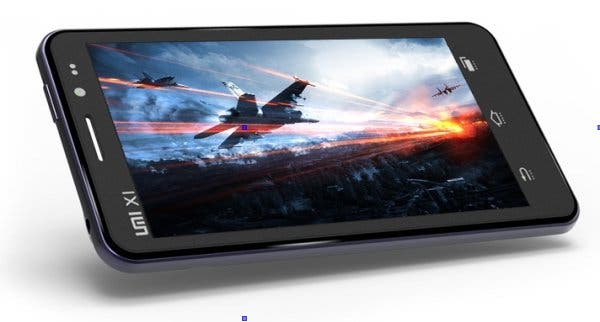 Starting at the front of the phone the screen is an impressive 4.5 inch unit with high definition resolution of 1280 x 720 with IPS technology which should give the phone fantastic viewing angles.

Above the screen sits a front 2 mega-pixel camera, which is better than what most other Chinese phone manufacturers are offering and should prove to be clear and crisp enough for video calls and self portraits (if you are into that sort of thing!).

Turning the attractive, thin and rather stylish UMi X1 over we are greeted with the rear 8 mega-pixel camera which has auto-focus and LED flash for capturing photos in low light or during the evening. 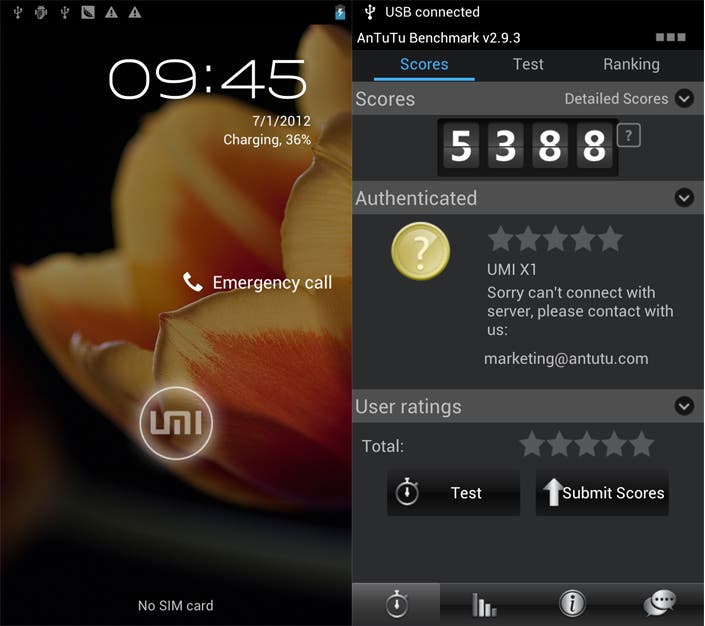 The dual-core CPU, along with 1GB RAM also helps the UMi X1 score an impressive 5388 on AnTuTu!

Other great features include built in GPS, Bluetooth 4.0, an SGX531 Ultra GPU and of course Android 4.0 Ice-cream Sandwich OS.

If you’re not a fan of the angular looks of the JiaYu G3, but love the hardware then the UMi X1 looks like it could be the perfect phone for you!

The body, which is available in Black, White and Pink, measures in at just 8.5mm thick with the overall length being 129mm and with a palm friendly 68mm. Weight is 138g.

Those of you who are familiar with Chinese phone design will see that the UMi shares some similar styling hints with the Xiaomi range of phones, but I have to say the X1 is a much better looker overall!

The best thing about the UMi X1 is…

So as you can probably tell I’m impressed with the design and the features (and this isn’t the first time I have said this either), but what I’m most excited about is that this is the first Chinese phone which I can actually announce is available for international buyers! 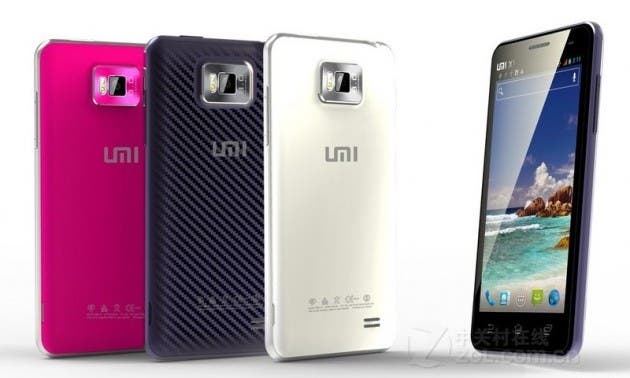 I get a lot of email and comments from readers who want to buy Chinese phones featured on GizChina and most of the time it is very difficult to point you guy’s in the direction of a reseller with stock but for the first time it seems I can.

UreDeal have announced today that they are the official stockiest of the UMi X1 for international markets and they have stock ready to ship (with FREE shipping) right now!

Even better than that is the fact that UreDeal have agreed to give Gizchina readers a rather generous $15 discount using the following promotional code: