The Zophone originally announced their ZoPhone i5 a few months ago, but it is only now that we are getting some firm indication of the phone will actually go on sale.

According to retailers across China the ZoPhone i5 is almost ready to launch and will cost around $195 once available.

As we have already shown in various leaked photos, the ZoPhone offers all the style and of the real Apple iPhone, but with the exception of a large “ZO” logo printed across the black (or silver) aluminium casing.

Due to ZoPhone unveiling the i5 just after the original iPhone 5’s launch, they have had to give their clone iPhone 5 components which were available at the time, thus explaining the use of a dual-core MT6577 CPU rather than the faster quad-core MT6589 processor, however this doesn’t explain why the ZoPhone i5 only get’s 512mb RAM! 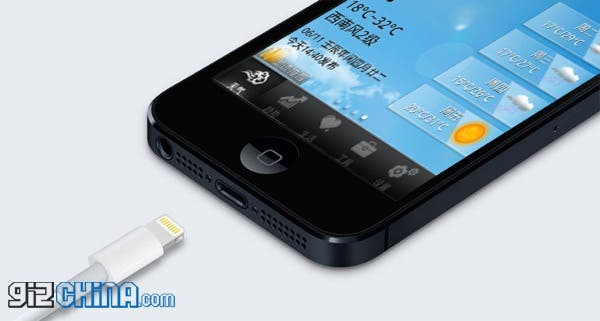 The rest of the spec is pure MTK phone with 4GB RAM, an 8 mega-pixel rear camera, but with the additional of what appears to be a operational iPhone 5 Lightning port rather than micro USB.