It hasn’t taken 5.5+ inch phones to more from relative obscurity to the mainstream and it now seems every manufacture has at least one model to choose from. KTouch are no different and have just released their 5.7-inch Hornet phablet.

On paper there isn’t much between the Ktouch at 2345 Yuan ($376) and the more expensive, and slightly larger, Huawei Ascend Mate. Both phones offer 720HD, have quad-core processors and similar design, but the KTouch uses slightly older tech to get the job done.

The Ktouch is powered by a quad-core 1.5Ghz CPU Nvidia Tegra 3 CPU (which is still a potent chip set), 1GB RAM, and Geforce GPU. This set up means the more adorable KTouch still manages impressive benchmarks, with score approaching 13000 in Antutu. 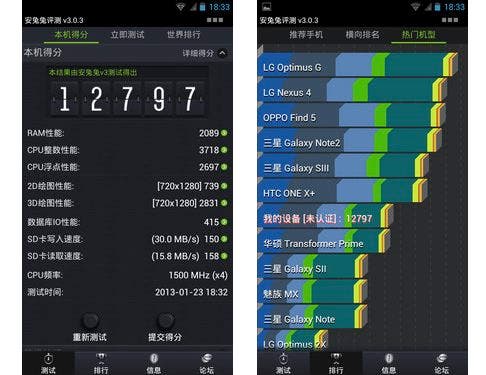 To keep costs down further an 8 mega-pixel rear camera has been chosen to replace a more expensive 13 mega-pixel sensor, and Android 4.0 ICS is the pre-installed OS rather than one of the Jelly Bean flavours.

Looking through the specs and knowing the KTouch brand the 5.7-inch Hornet looks like a serious bargain!

What do you guys think?