From previous leaks, we know @evileaks to be one of the most trustworthy tipsters of yet to be releases Android handsets, so when he/she posts renderings of the Galaxy S4 we believe that this is the Galaxy S4!

As you can see from the nice comparison image, the Samsung Galaxy S4 appears to be much more angular than the current range of flagship Samsung phones, and is very similar to the HTC One, only wider. 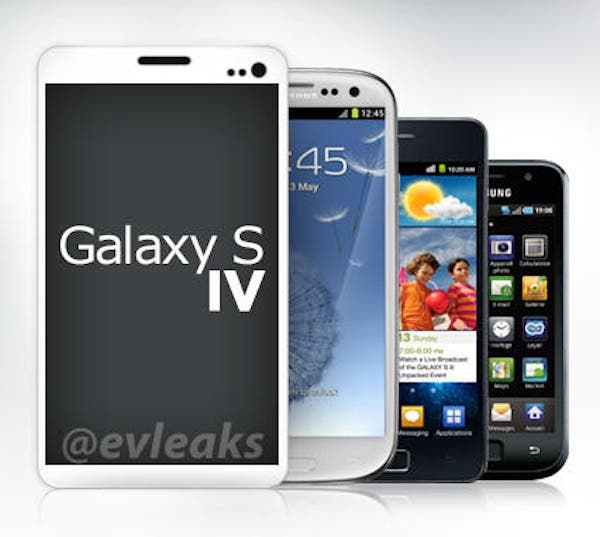 The small chin area of the phone suggests Samsung have opted for on-screen navigation on the S4, something I particularly like but not everyone is fond of. Another stand out feature of the design is the large front camera, which Androidauthoity suggest might be able to track a users eye position to automatically scroll down the screen.

we can also see that the renders give us a few hints at what the GS4 could be packing, with mention of a Super AMOLED full HD display and 13 mega-pixel rear camera!