If you are interested to purchase your first large screen phablet then you might be having a hard time choosing which to buy. Well here’s GizChina.it hands on and impressions of the popular iNew i6000 phablet.

The advent of Android phablets created a popular subcategory of mobile device, while also eatting away at the tablet market. Whether or not this was the intent isn’t clear, buy now many phone owners are looking at phablets as their all in one device. Something they can carry in place of their tablet and that can still perform phone funtions.

Phablets can come in all shapes, sizes, styles and prices. The iNew i6000 is one of the more addordable options and features a 6.5-inch display, 32GB memorym dual-sim and quad-core 1.5Ghz MT6589T chipset. These features alone are enough to make it surpass most 7-inch Android tablets on the market! 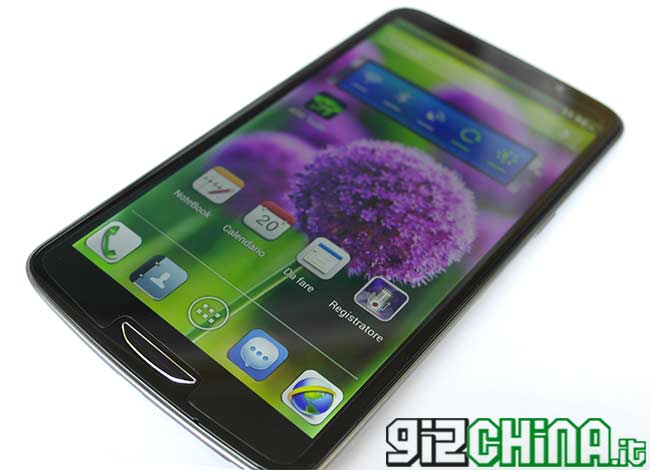 Where as most 7-inch Android tablets still don’t have 2GB RAM the i6000 does, and thanks to the Mediatek MT6589T processor you can enjoy browsing the web over WIFI, GSM or 3G, naviagating around town with GPS / AGPS , all the while having much more capable 5 mega-pixel front and 13 mega-pixel rear cameras.

The design of the i6000 is your typical Samsung style that some will love and others will not. Testers either didn’t mind the look of the iNew or found to to be dated. In all hoesty though with this specifcation and at a low price sometimes styling has to be sacrificed. 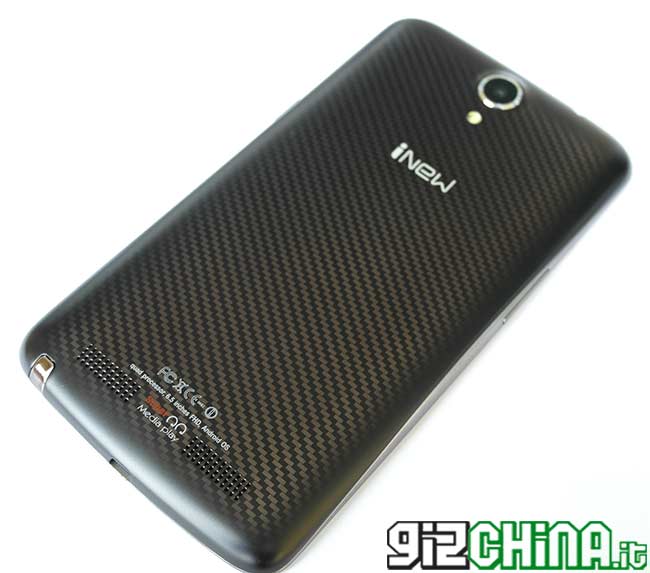 Like many Samsung devices the i6000 has a physical home button (again it is personal opinion if you like this or not), with capacitive navigation controls on either side. The only other physical controls are the volume rocker and power button on the sides of the devices. Dimension are 172 x 93 x 9 mm for a total weight of 270 grams. 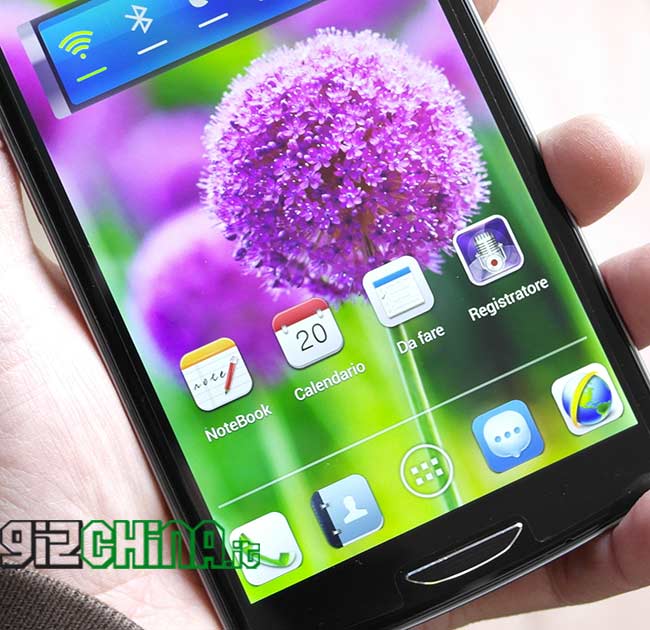 Not much can be said about the 1920 x 1080 6.5-inch display on the i6000 which hasn’t already been said before on similar tests. The display offers good viewing angles, good brightness and great touch response. Our only worry is due to the size it might break easily if it ever hit the ground hard.

Below are some samples taken with the 13 mega-pixel rear camera on the iNew i6000. The camera app on the iNew actually interpoltes the images to 18 mega-pixel meaning editing and cropping the images shouldn’t result in a blurry final photo.

The shots made with iNew i6000 in good lighting conditions are good, well-defined and detailed. Even in low light conditions the phablet performs ok. That’s not to say it is a dedicated camera phone (it isn’t and there are better options on the  market if this is what you want) but the cameras are good and being on your phone are always there when you might need them.

The INEW i6000 32GB has a 1.5Ghz quad-core Mediatek MT6589T processor with 2GB RAM. The quad-core chipset ensures excellent performance on smaller 5-inch display, but we have seen it struggle on larger displays in the past. Thankfully the iNew performs well.

Don’t go expecting benchmarks in the same league as a Snapdragon chip or even the latest 8-core MT6592 processor, but for general use the iNew offers enough power, although when on screen action becomes too much the phone does start to slow down. 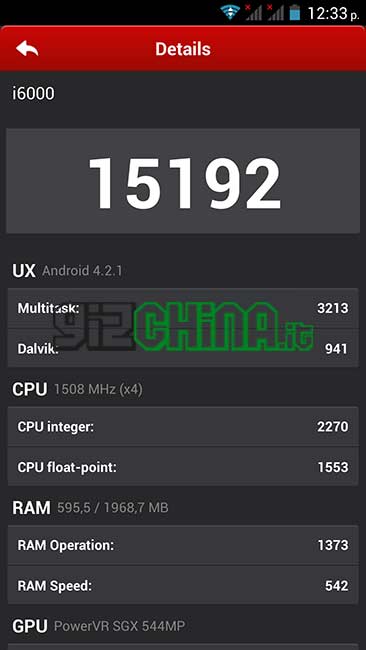 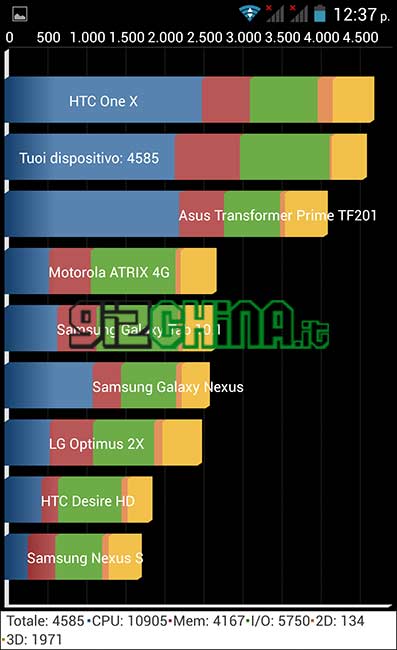 The average FPS on NenaMark2 is 34 FPS, results of benchmark tests on Epic Citadel is 44.1 FPS. 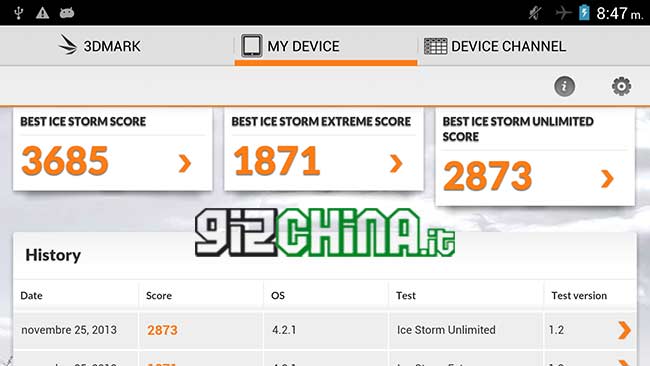 The scores obtained in accordance with the 3D Mark Benchmark are as follows: 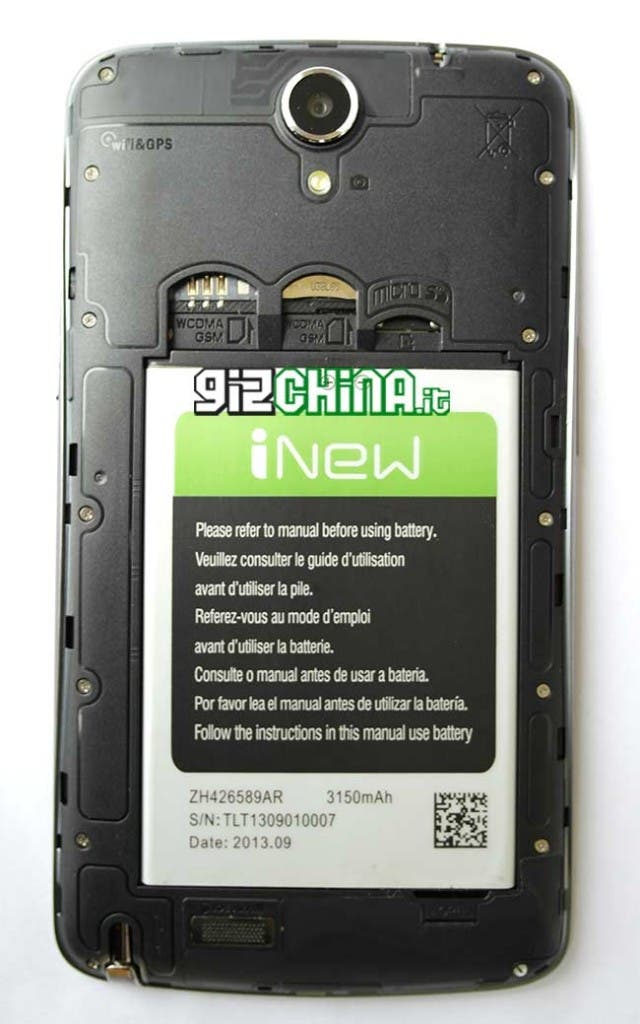 The iNew i6000 is another of the few MTK phones which has working GPS out of the box. Like most phones though the first fix takes a long time but after that the GPS was fast, accurate and reliable. Bluetooth, WIFI, 3G etc all worked flawlessly throughout our test.

For those of you interested in entering the phablet market and want a high specification at a mid range price then the i6000 is a nice device and easily available. However, keep in mind that this phone is running an older generation quad-core chipset when compared to other new device now hitting the market, there is also the dated styling too.

If you can live with that then the i6000 has been a popular device, if you are happy to wait then we are sure a new iNew model could launch soon. For those of you interesed GizChina.it received their iNew i6000 from Chinavasion at a price of € 247.48.