Leading Chinese manufacturer Huawei today announced another entry into the phablet market with the Huawei B199.

The phone comes with a 5.5-inch screen, which is fast becoming the average screen size on smartphones of today. Featuring a 720p resolution, the device clocks a reasonable 267ppi across the 5.5-inch screen. Highlight of the device is the 3000mAh battery, which allows users to charge other devices, drawing inspiration from the 4050mAh unit of the Ascend Mate series from Huawei itself. Full specifications of the phablet include a 1.6GHz quad-core processor from the Snapdragon lineup (ditching the homegrown HiSilicon series), 2GB of RAM, 16GB on-board storage with microSD, and a 13 mega-pixel/5 mega-pixel camera combo. 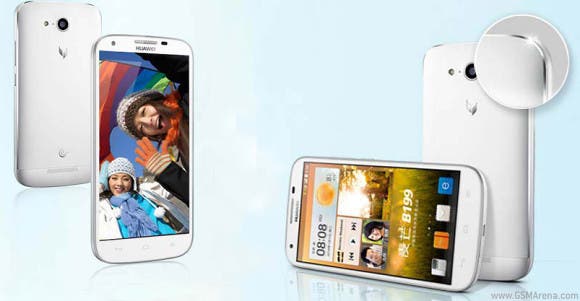 Although not the most inspiring design, Huawei have done well to include a metal-clad back cover on the phone. The Huawei B199 is priced CNY1,999 or roughly $330, with availability in China set to commence January 20. No word on an international release yet.

Previous Glove-friendly OPPO Neo might launch alongside the Find 7

Next Oppo N1 Review - The most fun you can have with a smartphone!