The last rumours we heard surrounding the Oppo Find 7 were a possible launch during this months MWC in Barcelona, with just a few weeks to go before the start of the event we thought it would be a good time to revisit all the rumours and details surrounding this flagship device!

It was originally believed that the Oppo Find 7 would be the first phone to ever get a Mems Camera. A Mems camera would have been a huge boost to the phone as it is smaller, faster and more energy-efficient when compared to traditional mobile phone cameras.

Oppo even signed a deal with Digital Optics to become the first manufacturer to use the tech but since then the company has announced bankruptcy! Does this mean Mems will no longer be on the Find 7, or has manufacture moved over to another company who will supply the advanced sensors?

It’s clear to see that Oppo plan to launch one of the most advanced smartphones on the market, but one of the killer features might be something we don’t normally associate with flagship devices! Chinese sources are talking about the possibility of the Find 7 getting external SD card memory expansion! A feature phone fans have been calling for for years! 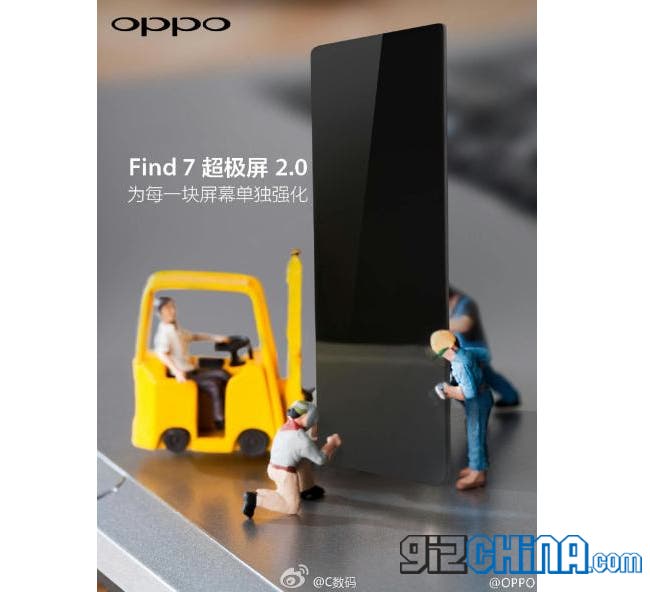 Like other Chinese phone makers, Oppo seem to have put a lot of effort in to choosing a display for the Find 7 which will make operation a joy. According to teasers released by both Oppo China and Oppo International, the display on the Find 7 will be a Super Display 2.0 which will benefit from having a tough laminated coating (possibly Corning Gorilla Glass 3), and an ultra sensitivity allowing users to operate the phone with gloves and even with wet hands. 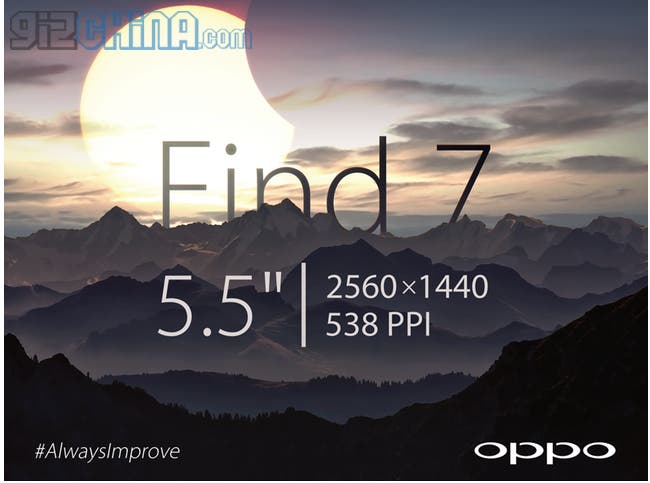 Many were worried that the 7 in the Find 7 name would mean a 7-inch display would be used. This has proven not to be the case as Oppo have confirmed that the panel on the flagship phone will be a 5.5-inch unit. As for resolution it has also been confirmed to be a full 2K 2560 x 1440 resolution unit with an amazing pixel density of 538ppi. 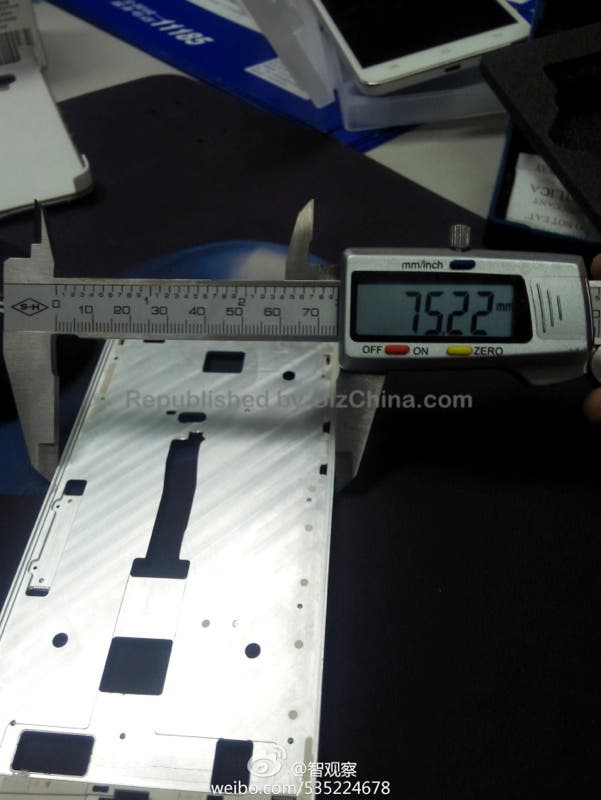 The Oppo Find 5 was praised for it’s sturdy construction which centres around a metal chassis. This has also been suggested for the Oppo Find 7 with leaked photos of the purported part even showing up. 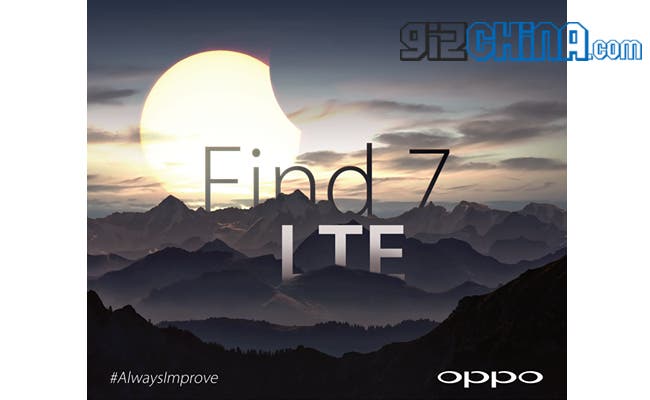 The Oppo Find 7 has been confirmed to have 4G LTE, it will also more than likely have support for GSM, WCDMA, and TD-SCDMA. Although not confirmed we believe that the Oppo Find 7 will support most LTE categories except Verizon’s (much like the OnePlus One phone).

We are 100% sure that Oppo will stick with Qualcomm for the Find 7, we just aren’t sure if it will get the latest Snapdragon 805 or the current Snapdragon 800. Oppo have already proved that they are happy to ship their latest hardware with older processors (see the Oppo N1 with Snapdragon 600) but will this be the case for their flagship device? As for RAM we are confident the Find 7 will get at least 3GB RAM.

If sources in China are to be believed then the Oppo Find 7 will launch at MWC later this month, and will go on international release a few months later. Pricing is expected to be around $599 USD for international customers with a slightly lower price for Chinese fans.

What do you think of our Oppo Find 7 round-up? Would you like to see more articles like this?

Previous Are these the iPhone 6 and Galaxy S5 Specifications?