Benchmarks of the anticipated Nvidia K1 have surfaced on the AnTuTu database, and as expected, the SoC blows the competition out of the water!

Initially believed to operate at 2.5GHz max, the Nvidia K1 benchmarks revealed that the dual-core chipset is now capable of running at up to a massive 3GHz! Even the Snapdragon 800’s and the 805’s are made to eat humble pie by the K1 SoC if you go by the benchmarks that we’ve come across. 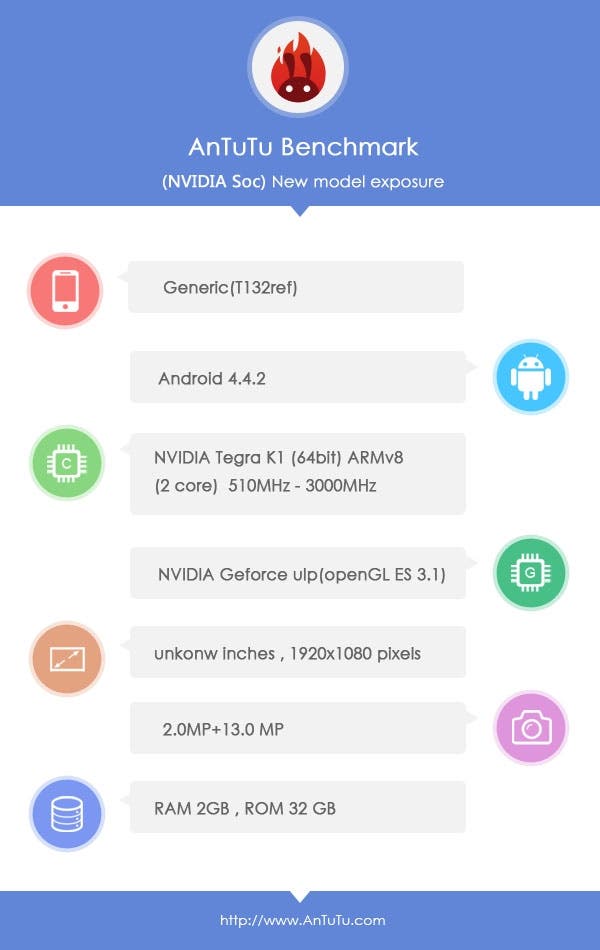 Dual-core variant of the NVIDIA K1 scored a mammoth 43617 points on the AnTuTu benchmarking app whereas the quad-core version make mockery with 43851 points on the chart. This is even more impressive when you consider scores of other most popular chipsets; the Snapdargon 801 (36469 points) and the Snapdragon 805 (37780 points). This amounts to a difference of greater than 6000 points! For reference, the uber-hot octa-core MediaTek MT6592 scores 26874 and 30217 in its 1.7GHz and 2.0GHz avatar respectively. 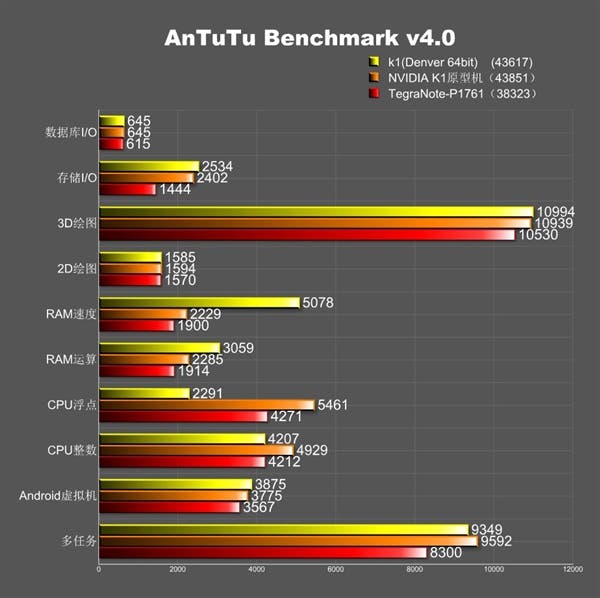 What’s unfortunate is that there’s no word on what device it was which got benchmarked; all we know is that the device features an FHD resolution and packs a 2GB and 32GB on RAM and storage respectively, among a few other minor details including imaging hardware (13 mega-pixel/2 mega-pixel).

We will keep you updated on NVIDIA K1 news; it seems as though this one’s not worth missing!

Previous OnePlus One CPU details unveiled; It's no Snapdragon 805

Next MT6582 powered Huawei Ascend G6 to have 3 variants