iberry, a fast rising Hong Kong based manufacturer just released two of its latest offerings in India in the form of the powerful octa-core Nuclea X and the budget Handy H01.

The Auxus X is iberry’s second outing on the octa-core wagon, with the first one being the much more expensive iberry Auxus Nuclea N2. While the phone retains the powerful MT6592 SoC, it now features a much easier-on-the-wallet price tag of 12,990 INR or $215. Along with the octa-core processor, the Nuclea X comes with 1GB of RAM, and a 5-inch 720p HD screen. This display combines IPS and OGS like many other Chinese and Indian smartphone offerings.

The dual SIM device houses a 13 mega-pixel camera on the rear and an impressive 8 mega-pixel on the front, with a 2800mAh battery powering it all. There’s 8GB storage on board, which can be expanded by up to 64GB via a microSD card slot that sits on the device. 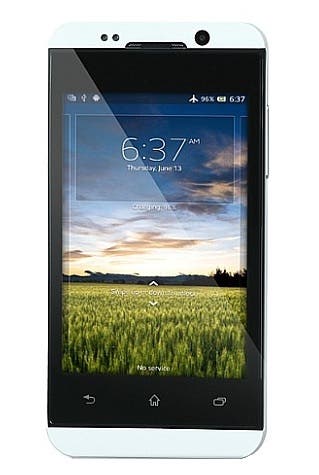 With a price tag of just 4,990 INR or $82, the Handy H01 makes for an entry-level phone, rivaling the likes of OPPO Joy among others. The device features a 4-inch IPS display of unspecified resolution, but we’d put our money on it being a WVGA panel.

The Handy H01 is powered by a dual-core MediaTek MT6572 processor operating at 1.3GHz, and backed by 512MB of RAM and a Mali 400 GPU. Elementary stages of storage on the phone will be taken care of by an on-board 2GB ROM chip, after which you’ll have to switch to microSD (up to 32GB). The phone comes with a 3 mega-pixel rear camera and a 1.3 mega-pixel front, and is powered by an 1800mAh battery.

With smartphones such as these being available in India readily, it hardly makes sense to import a Chinese device anymore. Of course, every now and then there is something you can’t miss; but otherwise, the Indian market is quite self-sufficient as of now.

Next Xiaomi Prepping Announcement For Tomorrow, is it the Xiaomi Mi3S?