Android One might not have taken off as well as Google expected, but that doesn’t mean there aren’t many alternatives to the scheme.

Micromax happens to be a Google partner for Android One, but that doesn’t seem to have quenched the company’s thirst to offer a decent budget phone. Which is perhaps why we’re seeing the Canvas Spark; the phone comes with pretty much the same specs as any Android One, phone, but costs lesser. 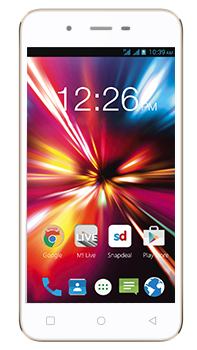 The Canvas Spark has been launched with a 4.7-inch 960 x 540 pixel display, along with the insanely popular MediaTek MT6582 quad-core Cortex-A7 SoC. 1GB of RAM goes with the internal 8GB of storage on the Canvas Spark, which is priced at 4,999 INR/US$80.

The hardware is topped off with an 8 mega-pixel rear and a 2 mega-pixel front camera, whereas Android Lollipop takes charge of the software.

Snapdeal.com will be offering the phone exclusively in the Indian market, where it’ll first go on sale on the 29th of April with registrations for the sale already open.