Oppo are no strangers of showing off details of their new phones before launch and are doing so again ahead of the Oppo R7 and R7 Plus launch.

Just as they did with the Oppo N3, Oppo have released details and videos of their Oppo R7 and R7 Plus ahead of launch. The adverts are aimed at the Chinese market, but the with teasers also appearing on the Oppo global Facebook we should see an international launch too.

Anyway, back on to the details and what they tell us of these new phones.

From the images and the videos we can see that there are two models of Oppo R7. The R7 Plus is the phone we have seen with a zero bezel design, while the R7 is a smaller device with bezels.

The R7 Plus features a fingerprint scanner on the rear and does away with capacitive touch touch buttons on the chin replaced with a front facing Oppo Logo. 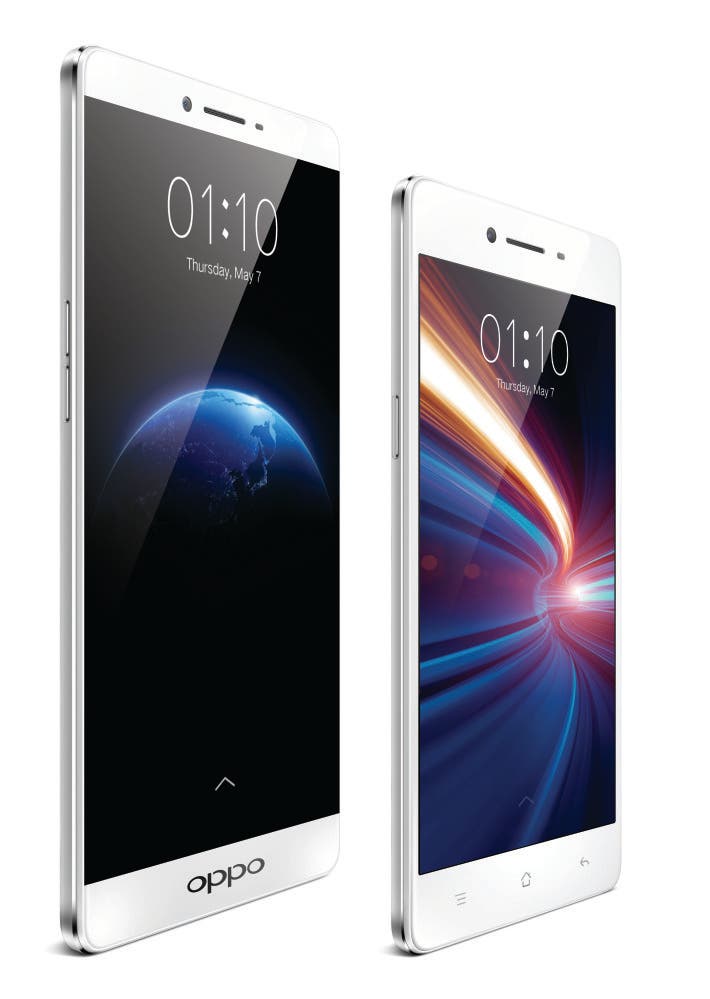 Both phones features an alloy chassis but interestingly the physical buttons are in different locations. The Oppo R7 getting a power button on the left while the R7 Plus has its volume rocker on the left.

From the videos we see that both the Oppo R7 and R7 Plus will features advanced camera features and Oppo’s popular VOOC fast charging system.

Previous The Asus Zenfone 2 is now available in Malaysia

Next Elephone S2 and S2 Plus promo video, plus another P7000 flash sale