Ulefone have released news that demand for the Ulefone BeTouch 2 is out stripping supply.

Ulefone announced the Ulefone Be Touch 2 shortly after they launched the original Be Touch model. The Be Touch 2 uses the same push button fingerprint scanner and alloy chassis of the original with updated 1080 resolution display and slightly larger battery.

The company have today come forward to tell fans of the phone that demand of the device is outstripping supply of the phone, and that their factory is now working overtime to rectify the issue. 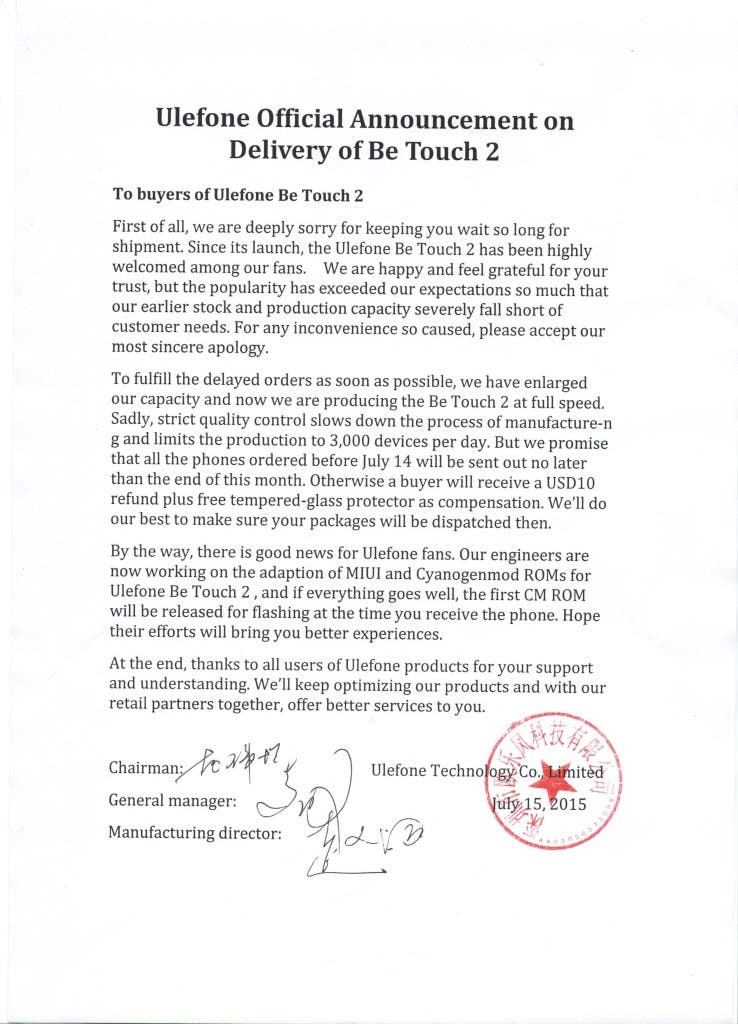 Previous UMi confirms which phone will and will not get Lollipop