I’ve just arrived in Shenzhen, and managed to get an early peek at the international version of the ZUK Z1 packaging and phone.

Anyone following ZUK will know that the brand is a Lenovo backed company, but in China ZUK don’t use Lenovo branding on the packaging of the phone or in promotional material, but for the international market things will be different.

As you can see here, the box which contains the international version of the ZUK Z1 is a little larger than the Chinese box and features the popular ‘book’ design and made of a rather substantial thick cardboard. Lenovo branding is in plain site on the side and rear of the box, where we can also make out network specification details for the global version of the Z1. 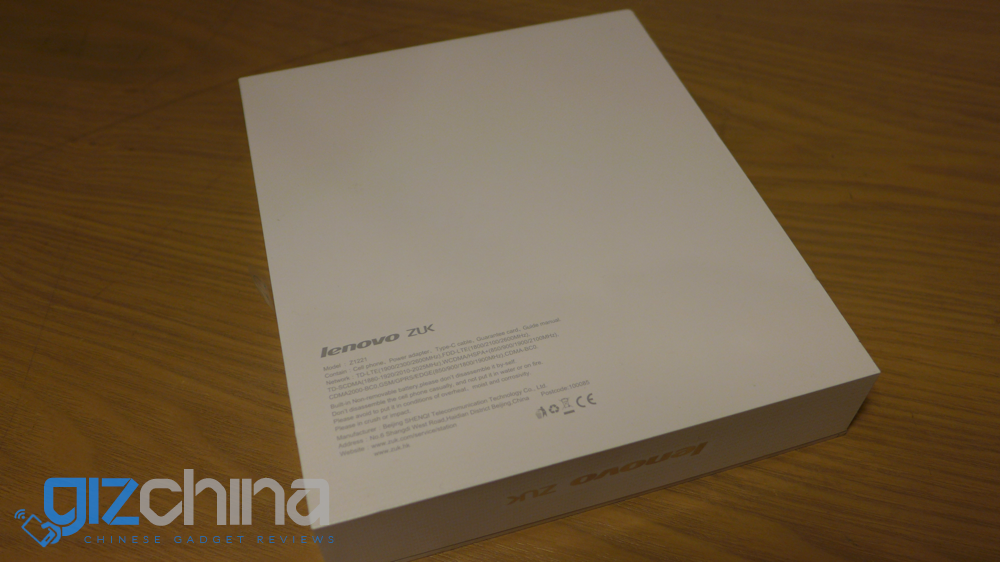 The phone itself still features Chinese protective stickers, but these will be changed for the final release models. Our version of the phone also run ZUI (which does support English and Chinese), but we have been told that an announcement will be made about the OS for the international market on the 21st during the launch event.

I’m now going to take some time playing around with the ZUK Z1 so watch this space for my first impressions.