The Huawei Nexus 6P has been confirmed in rumors galore over the last several weeks, with the specs of the device being leaked before photos started appearing. We’ve seen photo leaks of the Nexus 6P before, but the new leak shown off by Android Police puts an end to the suspense.

The leaked photo of the Nexus 6P, with Android Police watermarking, shows the usual vanilla Android UI with a wallpaper that has been seen before when Android Lollipop was released to Nexus devices (though the exact wallpaper in the background could be different than those). The new “Google” search icon is featured as an icon there, alongside the usual (but newly renovated) Google search bar, which we’d expect with the new Google logo changes. The Play Store, Play camera, and app drawer, along with the phone and messenger icons, are typical of vanilla Android. 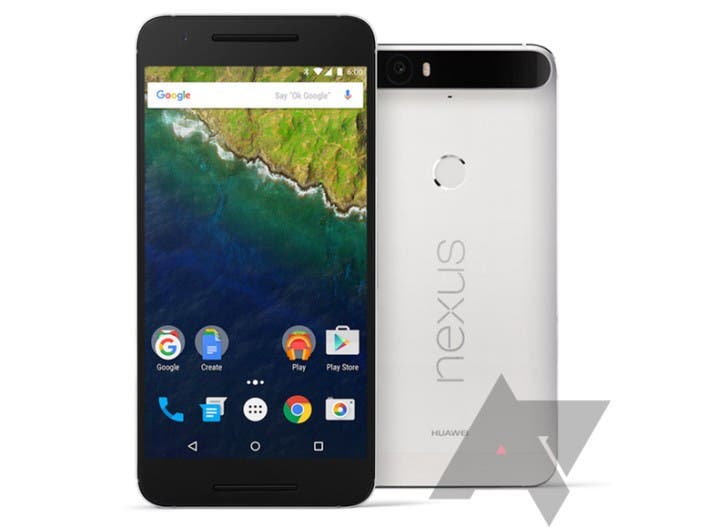 The back of the Nexus 6P confirms the dreaded design we’ve been hearing about: yes, the back camera and flash bar makes the Nexus 6P look like a razor that just happens to have touchscreen capabilities. The ring  on the rear of the device is the surround for the fingerprint scanner, and the typical, large “NEXUS” branding on the device, with “Huawei” at the bottom, seals the deal.

While the Nexus 6P hardware has been leaked before, but now through a credible Android site, we don’t have another confirmation regarding specs. We do have specs supplied, courtesy of MyDrivers, that show a 5.5-inch display (not the 5.7-inch display as before) with a 2K or Quad HD display of 2,560 x 1,440p, an octa-core, Qualcomm Snapdragon 810 processor, 3GB of RAM, running Android 6.0 (now known as Android Marshmallow) out of the box.

The Nexus 6P will have a price that likely matches that of last year’s Nexus 6, seeing that the Nexus 5X (made by LG) will cost $349 for the 16GB device (if the rumors pan out). The Nexus 6P could feature 32GB out of the box, but its price will be at least $500 outright. Seeing that the Nexus 6P has been rumored to feature Samsung’s AMOLED panel with its Super AMOLED resolution, however, we can’t say that we’re surprised. Google has already sent out invitations, and September 29th isn’t too far away.

Previous Xiaomi's laptop is for real, and Inventec's making it for them