Chinese regulatory authority TENAA has spoiled more than just one launch in the recent past. More recently, TENAA acted as the window between us and a particular Huawei phone — the Honor Play 5X.

Confirming the existence of the device, Huawei sent out press invites for October 10th, which is when the device will be launched. Honor phones from Huawei are known to be fairly affordable, while the ‘Play’ series takes it to the next level. 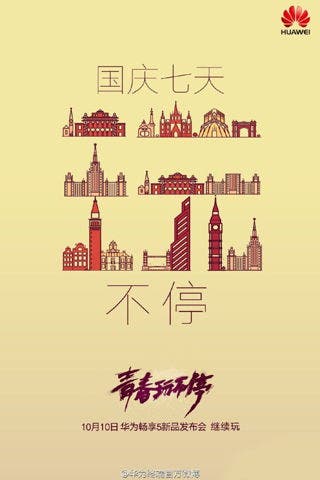 The youth-focused Honor Play 5X will have the MediaTek MT6735 SoC, which GizChina patrons will be well acquainted with. Along with that, the Honor Play 5X will feature a 5-inch 1280 x 720p HD display, a 13 mega-pixel camera on the rear, a 5 mega-pixel one on the front with 2GB of RAM and 16GB of on-board storage. The phone will also feature a rather interesting sized battery, in a 4000mAh one.