Homtom surprised us all with their first model, the Homtom HT6, with huge 6000mAh+ battery, but the company assure us that the HT6 is more than a large battery brute.

2015 has been the year of ever increasing battery capacity, it’s finally great to see smartphone get the huge battery sizes they need for continued heavy usage, but those large batteries can sometimes come at the expense of other features.

We have seen phones released with monster battery packs only to suffer poor camera performance or ship with substandard build quality, and Homtom for one don’t want to be tarred with the same brush.

Obviously it is the large 6250mAh battery in the HT6 (providing 7 days of normal use and 3 days of heavy usage) that grabs the headlines, but there are other features worth considering too. For example that large battery comes with Pump Express fast charging for speedy charging times of up to 70% in just 30 minutes. According to Homtom’s figures that’s enough juice to get you through most of the week (but, we would need to put the phone through proper test to see if this is correct or not). 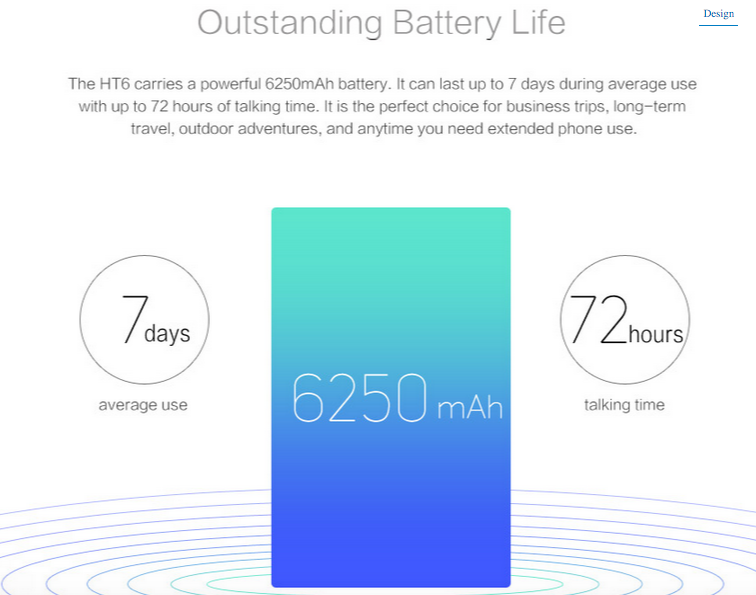 Homtom say that other features worth considering are the Corning Gorilla Glass 5.5-inch HD display, 13 mega-pixel Sony rear camera, and 5 mega-pixel front camera boasting the usual beautification features, and a comparatively slim design of only 9.9mm (slim for the size of the battery).

We’ve reached out to Homtom for a review unit of the HT6 and are excited to see if the battery life and other features live up to the claims. Anyone out there already tried one?

Next Siswoo enter Eastern Europe with flagship store in Budapest