It’s usually fairly difficult to get hold of OnePlus products. That isn’t because they cost a lot, but because the inventory is maintained in a reactive manner, i.e., the demand has to first be there for the company to react by producing more of their gadgets.

The OnePlus 2 is the newest OnePlus phone (which won’t be for long, it appears), which usually requires buyers to have an ‘invite’ if they wish to purchase the phone. For a limited time, OnePlus is offering its flagship phone invite-free (i.e., in an ‘open sale’) in the Indian market.

The first of these open sales starts at 12PM IST (GMT +5:30) today, i.e. on the 12th of October. The phone is 24,999 INR (US$386) in the country, and can only be bought via Amazon.in. The second open sale is scheduled for 8AM tomorrow, as you can see from the press image right at the bottom of this article 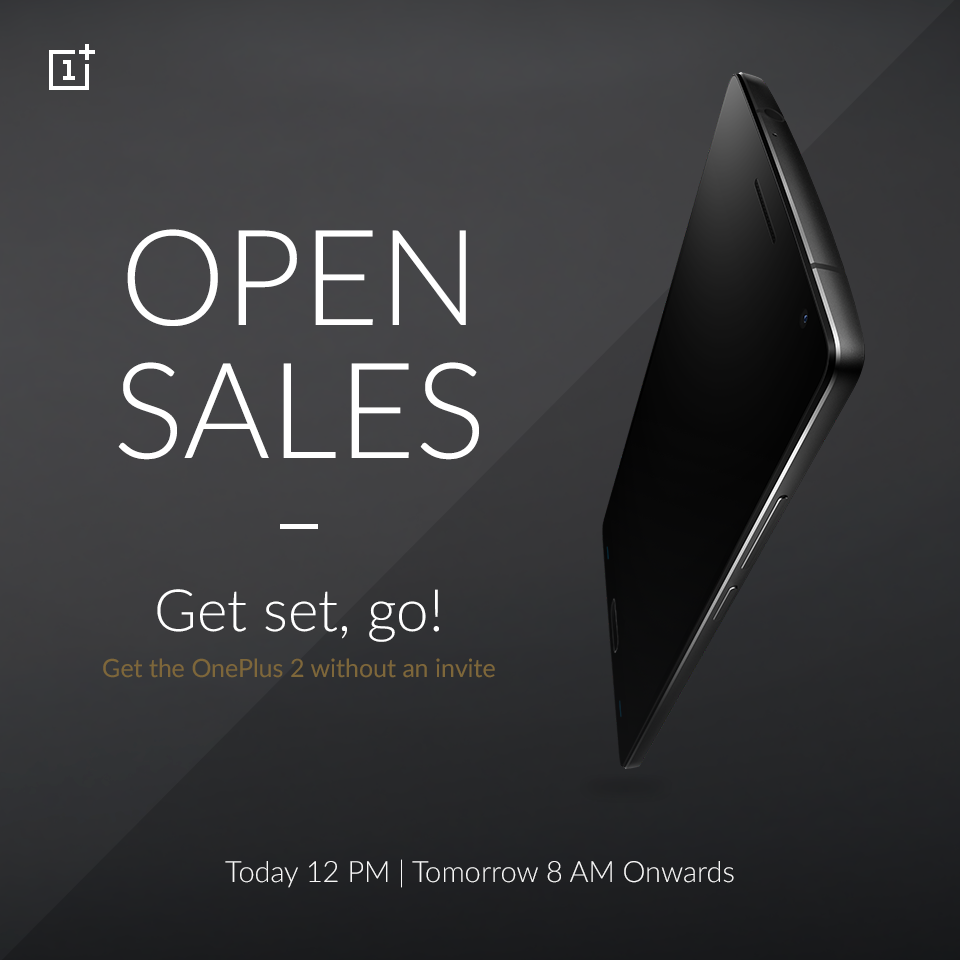 Next Anyone else suffering any of these 7 OnePlus 2 bugs and issues?