Mediatek created the octacore MT6753 chipset as a budget processor that is suitable for entry-level and mid-range phones (at the lower end of the scale), so should we really be seeing it in a ‘Pro’ phone?

This morning UMi released the above image of the UMi Iron Pro along with a few details of the current specifications. At the time of writing the full parameters are not currently known but we have a few to go on.

It appears that the UMi Iron Pro will look physically similar to the current Iron, but will get a single piece rear panel. The current Iron has a metal main body with plastic at the top and bottom, the Pro has a single piece. At this stage we don’t know what material it will be, but being a ‘Pro’ we hope for alloy at least.

Also on the rear we see the same camera and dual LED locations, but now there is the inclusion of a fingerprint scanner too. The UMi Iron Pro will also feature an eye scanner running of the front camera. A 5.5-inch 1920 x 1080 display is the same spec as the original, and we see the LED notification bar at the bottom of the phone has been retained.

The final details we know at this stage of development are a USB Type C 2.0, 3GB RAM and Mediatek MT6753 chipset.

Overall the specs are similar to the original UMi Iron, but that chipset choice seems odd and a little misleading. The octacore MT6753 is not a high-end processor, and has a low power GPU which isn’t suitable for hardcore gaming. It’s fine for standard phones but not something a ‘Pro’ level device 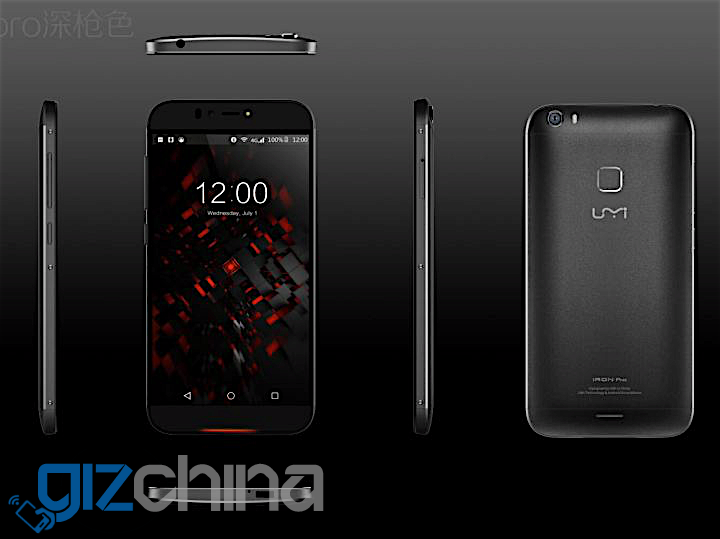 We suppose it all boils down to price, but we feel tat UMi Iron 2 might be a more suitable name, and the UMi Iron Pro should pack a little more punch. What are your thoughts?

Next Doogee says its F3 Pro camera beats the iPhone 6 camera; what do you think?