Xiaomi boss Lei Jun has posted another screenshot from his Xiaomi Mi5 sample showing the phone will feature VoLTE.

VoLTE, aka Voice Over LTE, is basically a way that carriers can get rid of their old 2G infrastructure by sending voice data over LTE. Benefits for the consumer include high definition call quality and battery battery life. 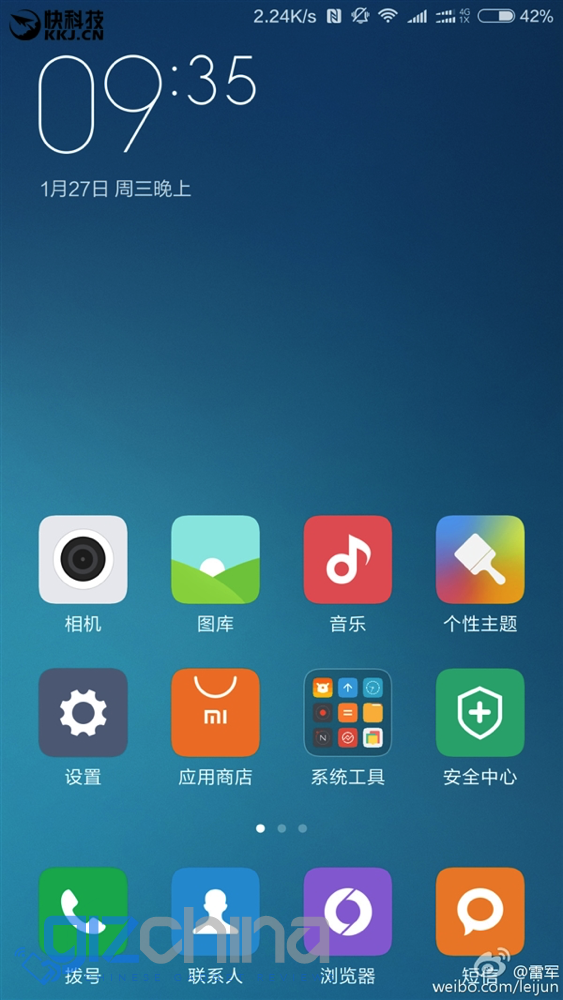 A more interesting feature that could be enabled with faster voice data transfer is realtime voice translation! This RCS (Rich Communications Services) feature isn’t likely to be seen for some time, but we will see an improvement in video conferencing and calls off the bat.

The Xiaomi Mi5 will be revealed in China and at MWC on the 24th Feb. The phone is believed to measure in at around 5.2-inches with 1920 x 1080 display, have a Snapdragon 820 chipset and a curved design.

Previous ZTE will launch a new phone at MWC

Next Possible new Vivo X6 model spied in the flesh