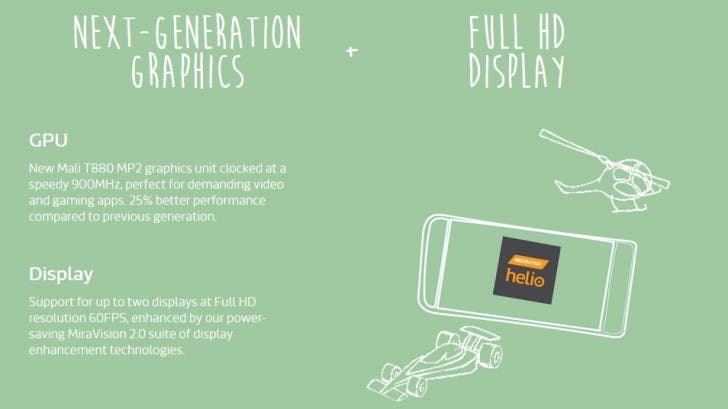 MediaTek have announced an upgrade to their P-series range of mid-range SoCs in the new MediaTek Helio P20.

The Helio P20 was announced at MWC 2016, which also saw a lot of other launches. The P20 is expected to show up on phones in the second half of this year.

The P20 is made up of an octa-core ARM Cortex A53 2.3GHz CPU which is made to be extremely power efficient. According to MediaTek, the P20 draws 25% less power compared to the Helio P10. 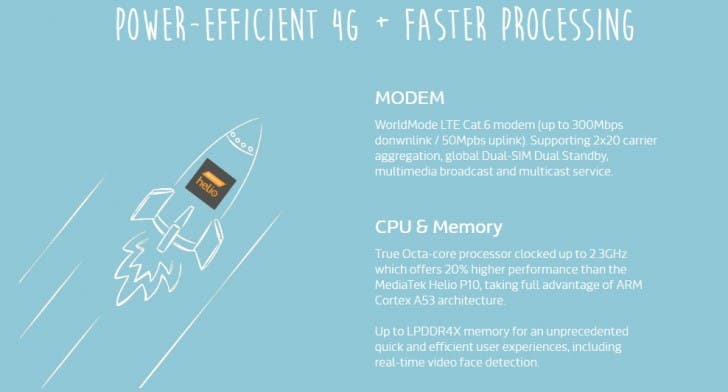 Graphics on the phone are handled by the new Mali T800 GPU, which on the Helio P20 runs at 900MHz. The chip can handle up to two FHD displays, one 24 mega-pixel camera (or two 13 mega-pixel cameras), and can encode video at up to 4Kx2K resolutions @ 30fps.

MediaTek have radio covered as well, with the Helio P20 having support for Cat.6 LTE, GPS (with Glonass/Beidou), WiFi a/c and Bluetooth.