Well after the first teaser this morning, the cat is already out of the bag and the first photo of Xiaomi’s Qibike R1 has been revealed along with smart features.

As we suggested from the teaser this morning, the Qibike R1 is a road bike but not a budget bike designed for tootling along the path, this is a serious enthusiasts bike with complete Shimano Ultegra groupset (gears, chainset and brakes) plus a carbon frame.

Xiaomi will have the frames made in Taiwan, which is basically the Mecca for bicycle manufacturing and where the majority of high-end bicycles and components are made. 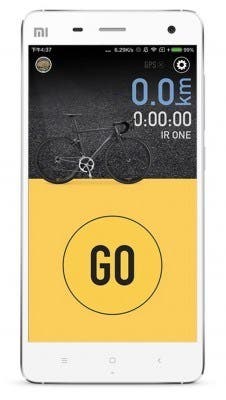 This isn’t an official release image of the bike so we don’t know the full specifications, but we do know that the bike will come with smart sensor and it’s own Strava like application to monitor your progress.

Pricing for the top of the range bike will be 19,999 Yuan (around $3000) but there are rumours that cheaper versions will also be available.

Previous iPhone camera Blackview A8 now on pre-sale for $49.99

Next Gionee S8 passes by TENAA with new Gionee logo and all, launch soon