ZTE’s Axon range is due a new flagship phone, and a new Antutu listing has appeared spilling the beans of the flagship phones specs.

In the Antutu screenshot, where the phone scored a solid 140,086 points, the ZTE is called the A2017, which we believe to be the 2nd gen Axon flagship phone.

With such a high Antutu score it is of no surprise that the phone is packing a Qualcomm Snapdragon 820 chipset, and Adreno 530 GPU, but it is quite impressive the phone reached such a high number of points with a 2K 2560 x 1440 display. 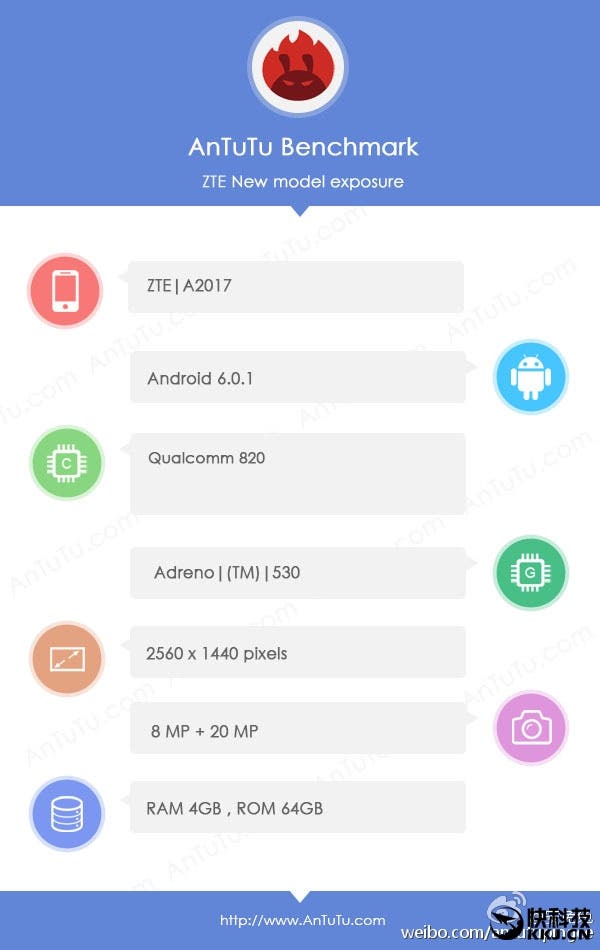 ZTE tend to do something interesting with their Axon phones and in the past have had dual camera designs and force touch displays. It will be interesting to see what details they bring to their new phone.

Next LeEco VP shares camera sample from the Le 2