It’s the larger brands that we normally associate with innovation, but today it’s one of the smaller phone makers that hopes to make a huge splash and the scene and win some fans!

Chinese phone maker BLUBOO has announced that it intends to release a new Android smartphone that will feature dual cameras. Yes we know, dual cameras are hardly anything new, but BLUBOO wants to double up on those dual cameras.

The BLUBOO Dual, as it will be officially known as, will feature dual rear cameras with promised DSLR level photo quality along with dual front facing cameras with advanced beatification features.

Generally features of a new phone like this will be kept under wraps, but BLUBOO has gone ahead and released all the specs for the new phone over on their website. According to the official details those cameras will include a main 13 mega-pixel sensor with secondly 2 megapixel shooter, while the front cameras will both be 5 megapixel. 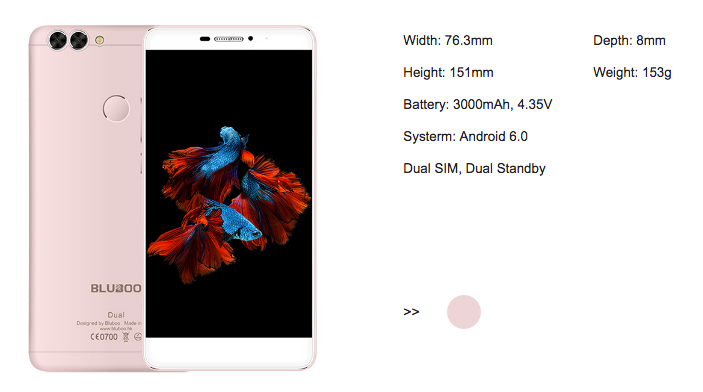 What really makes the BLUBOO Dual a standout device though is the low retail price! $129.99 sounds very affordable to us, what do you think?

Next Ulefone gets festive with Christmas Promotion