Just a few moments ago, I wrote about the Coolpad Conjr and how I feel it’s disappointing. Well, I’ve just been overwhelmed with an ever bigger disappointment this time. And now, the culprit is the Alcatel A3 XL, a large device with some pretty awful specs.

Now while the Conjr has some fairly bad choices, some of the specs are still decent enough. The Alcatel A3 XL has no such saving grace, with the 6-inch display being a meager HD unit. On top of that, we get the MT8735B, a measly quad-core 1.1GHz CPU along with a 1GB RAM and 8GB storage combination. 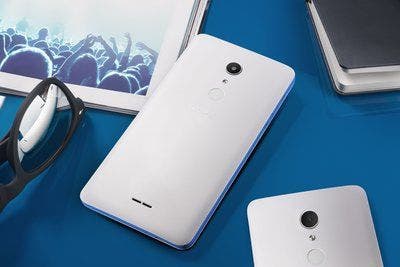 Things only go further south when the pricing is brought up. The device is expected to go on sale for around $200, which is about $150 more than I’d be willing to pay. What are your thoughts on this device? Do you agree with my stance, or is there a redeeming factor somewhere? Tell us down in the comments below.

Previous The new Coolpad Conjr conjures up some disappointment

Next EleSecret 50% off flash sale starting on January 9th