The Ulefone Armor is the latest IP68 rugged device from the Chinese phone maker. It can now be found for $151.99 in an Aliexpress group deal, that is a $48 discount over the original price. 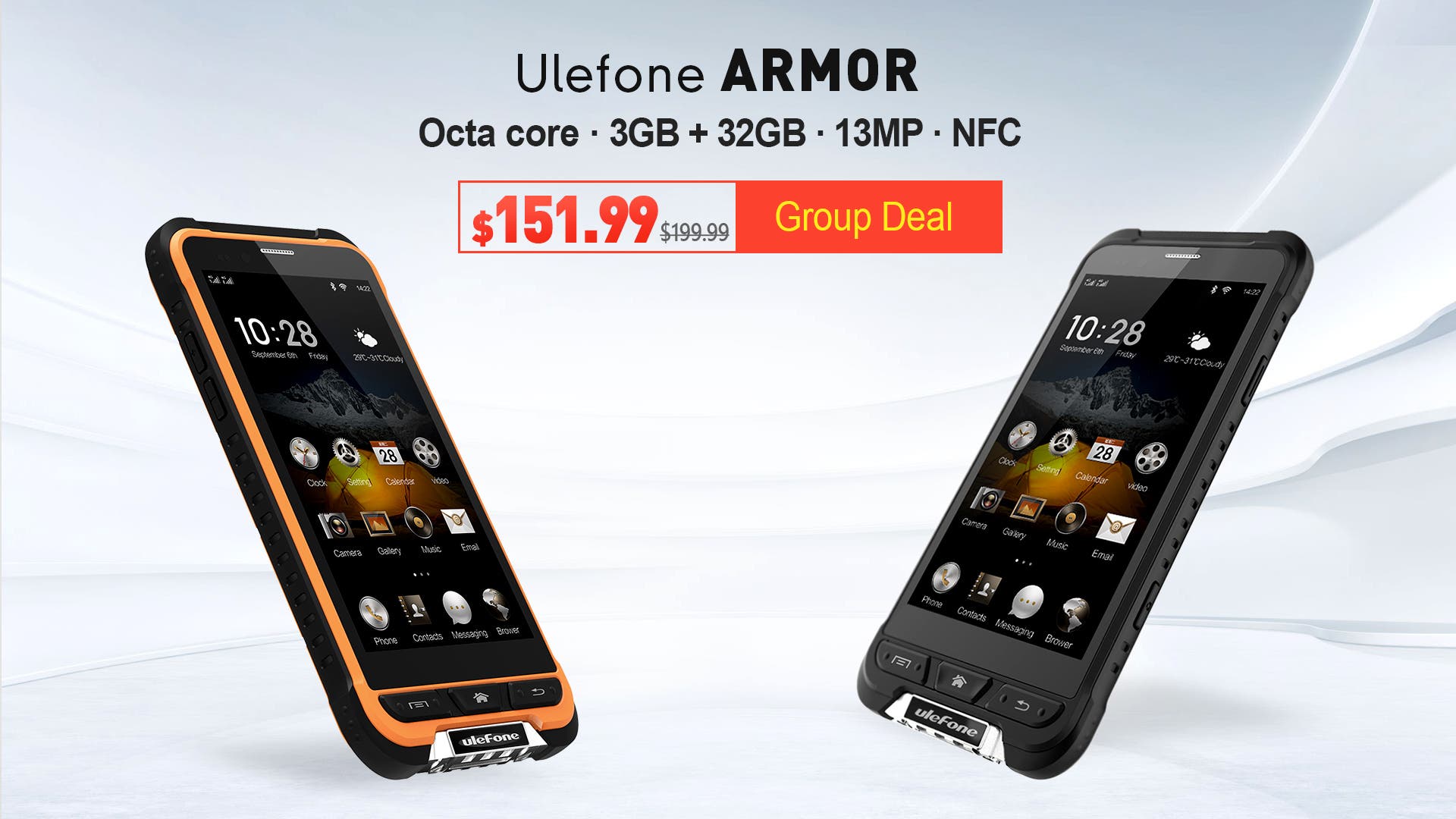 Being a rugged phone, the Ulefone Armor is IP68 dustproof and waterproof. It’s also made of a double-layer encasing of different materials, polycarbonate and TPU, which allows the phone to absorb the shock and not shatter the screen in case of drops.

The Armor isn’t an high-end phone by any means but still grants a very positive user experience with its 4.7-inch HD display, MT6753 octa-core CPU, 3GB of RAM and 32GB of internal memory. The phone also features a 13.0MP rear camera, NFC, gyroscope and is powered by a 3500mAh battery.

Below the screen we find three physical buttons with an extended radio antenna beneath them, to amplify the signal, there’s also a dedicated camera shutter button on the right side of the phone.

The Aliexpress group deal will last up until next Tuesday, so hurry up if you’re interested, the price will rise back to $159.99 after that. Click here for the deal.

Previous Rugged Homtom HT20 available for $93.99 with a special gift

Next Xiaomi Mi 6: What to expect (dual curved display?)