It looks like Nokia is back for good, don’t you think? After the official unveiling of Nokia 6, the rumors about Nokia 8 and Nokia’s upcoming tablet now it’s time to learn the first info regarding Nokia Heart, a new, budget Android smartphone from the Finnish company that will soon be unveiled. 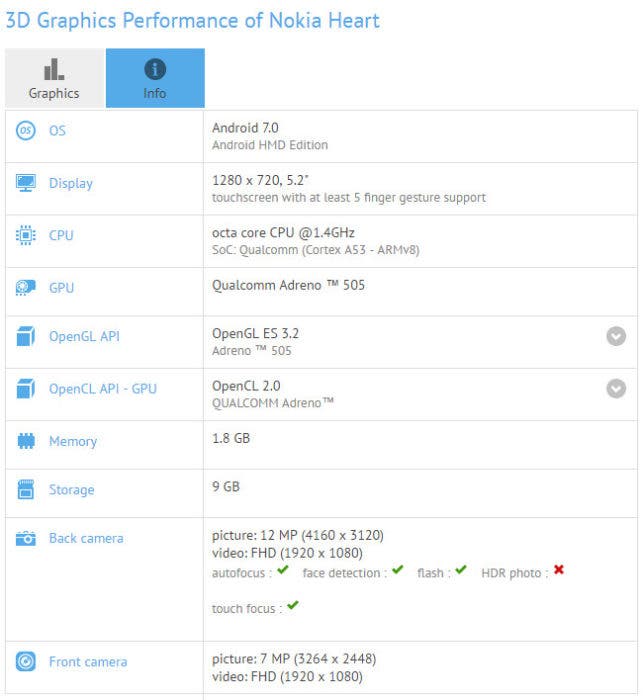 The device made its first appearance in GFXbench for some tests, and that’s how we learned that it runs on Android 7.0 Nougat,  just like the Nokia 6 that was released this month in China.

Nokia Heart is powered by an octa-core Qualcomm Snapdragon 430 SoC, it packs a 5.2-inch 720p display, while offering 2 GB of RAM and 16 GB of internal memory. The device has a main camera with 12MP resolution and a 7MP selfie camera in the front.

According to HMD Global we’re going to see the device (Nokia Heart is its codename) during this year’s MWC in Barcelona, so we just have to be patient, don’t we?