The ZTE Blade A520 has just received certification from the WiFi Alliance (WFA). The phone, which recently was spotted at the FCC, is now all set to go live.

A support page for the Blade A520 is now live also, suggesting that the launch of the device isn’t too far away. The phone, from the photos, looks like a mid-range device which hopefully won’t be too expensive. 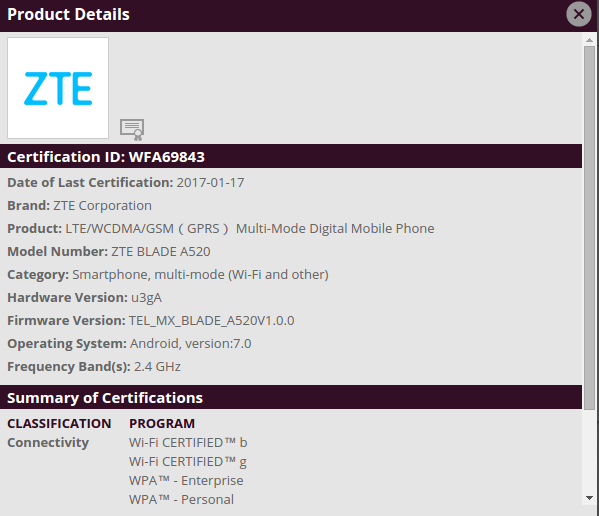 There’s no word however on what specifications the ZTE Blade A520 will feature. What we know for now is that it’ll have a 2400mAh battery, and Android 7.0 Nougat OS.

With the leaks and rumours coming in thick and fast, you can expect an official word from ZTE about the Blade A520 in the coming days. Meanwhile, look at some other phone news on GizChina… or have a check of the previous photos of this phone (courtesy FCC).

Next Pearl White Mi Mix will be soon available for purchase!