The complaint was filed with the United States International Trade Commission (US ITC) and requests an independent investigation into the matter. In the complaint, AMD alleges that LG, MediaTek, Sigma Designs and Vizio commercially manufactured products which infringe three patents filed by AMD and its subsidiaries. The patents themselves refer to various graphics processing architectures which are explained later in this article.

Two of the defendants, Vizio and Sigma Designs have had a brush with controversy in the past. In 2002, Sigma Designs released a video codec called the REALMagic MPEG-4 which was found to be largely a copy of the XviD codec library. Sigma Designs eventually made public their source code thereby confirming the allegations.

Vizio was, remarkably, challenged with a lawsuit just yesterday. The lawsuit claims that Vizio’s televisions are using advanced tracking algorithms to monitor what consumers are watching and relaying this information to Vizio’s servers. It may be of interest to readers that Vizio was acquired by Chinese company LeEco.

The ITC probably won’t take into account this tainted past and neither do I. After all, the case is about Intellectual Property, a highly subjective field, at best.

The IP infringement case filed by AMD is strikingly similar to a filing by NVIDIA towards the end of 2014. NVIDIA filed a case of patent infringement against Samsung and Qualcomm alleging that both were violating GPU patents filed by the former. However, the case backfired when Samsung counter-sued NVIDIA, and won, for violating three of Samsung’s own patents. The parties eventually reached an out-of-court settlement.

What gives the AMD story an interesting twist is the fact that AMD claims that the patent infringement inflicts damages upon its partners who have acquired legitimate rights to use them. The “partners” in question is Samsung. With backing from a significant SoC manufacturer like Samsung which also has experience in fighting patent infringement cases, AMD is likely to have an easy time suing the defendants.

The complaint covers three patents although AMD pointedly said that it had a barrage of information about several other infringements.

The ‘133 patent refers to texture processing circuitry within the GPU. It controls the rendering of 2-D objects in 3-D space.

The ‘506 patent improves the realism of 3-D graphics by storing a large amount of data in a device known as a frame buffer. 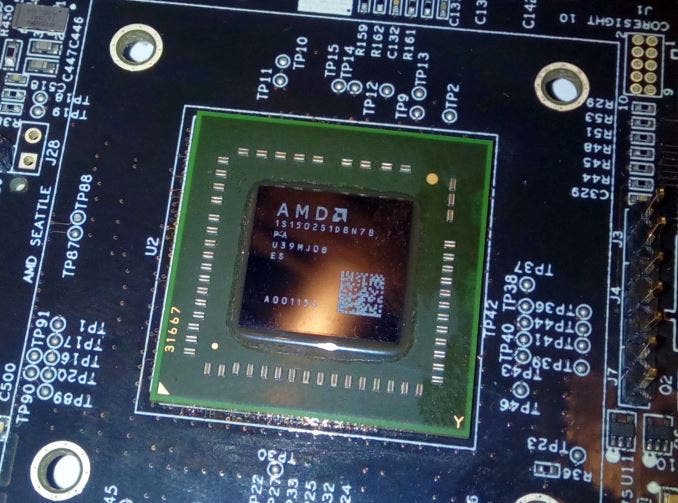 Laws regarding Intellectual Property infringement are generally weak given the subjective nature of various technical ideas. However, if AMD were to win the case, ITC may issue a limited exclusion order which would prevent the infringing products from being imported and sold in the United States. Given that SoC’s are an integral part of several LG and Vizio products, sales for both companies would take a hit.

Patent infringement cases aren’t generally exciting and tend to drag on for years but AMD taking a legal offensive is rare and the case could see monetary compensation exchanging hands very soon.

Next Leaked image of Xiaomi Redmi 4X appears, looks the same as Redmi 4