MWC is without a debate one of the most important tech events of the year and the upcoming MWC 2017 happening in Barcelona between February 27th and March 2nd won’t be an exception to the rule. Majority of the important brands will make an appearance and Vernee are of course among them.

As being still a fairly “green” brand being established just in March 2016 Vernee are maintaining their pace and so far managed to gather some loyal fan base already. So I’m sure the fans would be glad to see the design of the Vernee MWC booth being released and agree that it looks pretty futuristic and neat. 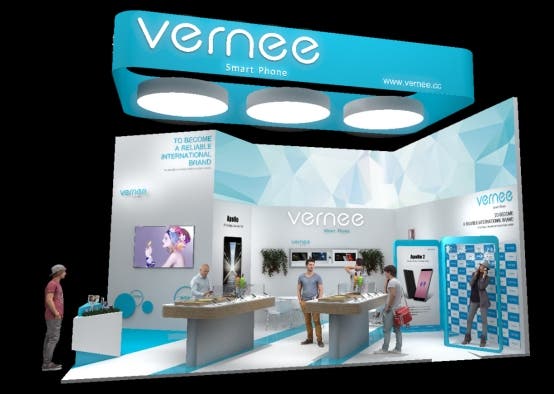 We are still not sure if we will see any groundbreaking new models or announcements from Vernee during the MWC 2017, but there should be some new rumble in the jungle hopefully. The event is just around the corner so let’s cross our fingers and if you happen to be in Barcelona for the convention then don’t forget to stop at their 7G60 booth.