Despite Xiaomi’s hints about an imminent release of an updated MIUI 9 version for its latest family of smartphones, a recent post by the official MIUI account in Weibo managed to calm everyone down, regarding the matter. 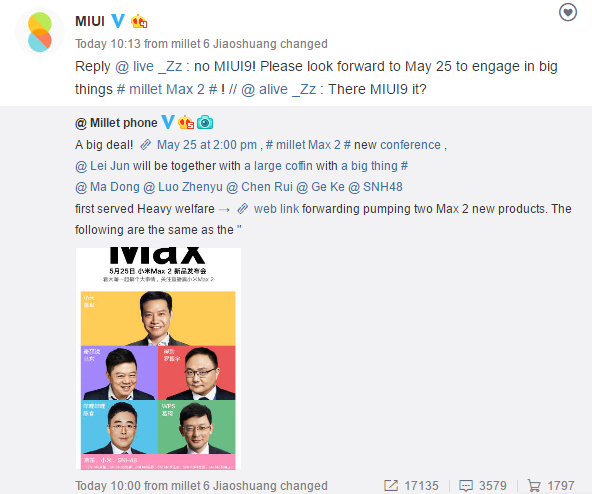 According to the post, the company mentioned that there will be no MIUI 9 announcement coming in next week’s event (scheduled for May 25), and that the upcoming Mi Max 2 model will NOT run on this latest version. In case you forgot, Xiaomi began development of its next-gen MIUI version around December last year, and has already managed to seed the latest MIUI 9 beta ROMS to developers in closed (or open) betas. This means that the new UI of the Chinese company should be ready by August or September this year, and could be installed on their upcoming models: Xiaomi Mi Mix 2, or the Mi Note 3 flagship.

From the really few things we know about the MIUI 9 ROM, Xiaomi plans to offer split screen and picture-to-picture support, along the ability for users to finally delete any unwanted system apps!

Next Oppo Find and N Series go "down the drain", according to leakster