In the world obsessed with big and bigger smartphones it’s easy to forget that not so long ago the 3.5-inch iPhone 4 was considered a norm. These days it’s not rare seeing the 6-inch and bigger beasts roaming the mobile land. So it’s refreshing to see some manufactuers are still trying to keep things compact, like Leagoo with their latest budget offering – Leagoo M5 Edge.

Of course we are not talking the iPhone 4 size anymore, but Leagoo M5 Edge feels small enough to compare its dimensions while packing 5-inch screen against iPhone 7 and its 4.7-inch display. And it’s actually holding some merit, because M5 Edge measures just 140.1x 68.3×8.5mm against iPhone’s 138.3×67.1×7.1mm. Granted, iPhones are generally considered oversized for their display sizes, but still. 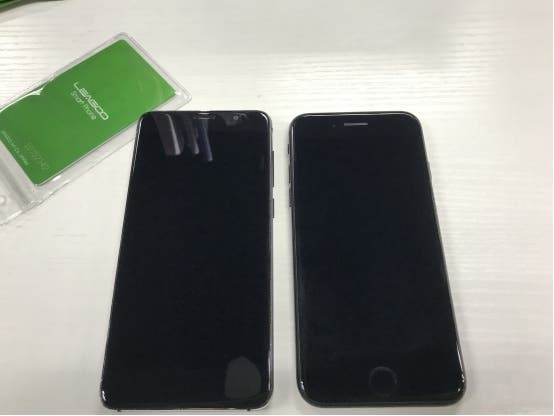 Leagoo M5 Edge is still a budget device though and it’s not ashamed of that. With a $99.99 price tag it can throw 5-inch HD resolution curved edgeless display into the mix, MT6737 processor, 2 GB RAM, 16 GB of expandable inner storage, 13MP rear camera, 8MP selfie camera, fingerprint scanner and FreeMe OS 6.0 based on Android 6.0 Marshmallow. Find out more about it on the official website.