TCL (or Alcatel if you like) are preparing for the IFA 2017 event in Berlin and their upcoming lineup will be present there. One of the models we expect to see there is called Alcatel A7 XL (a 6 inch affordable phablet with dual cameras), along with its smaller sibling, Alcatel A7. 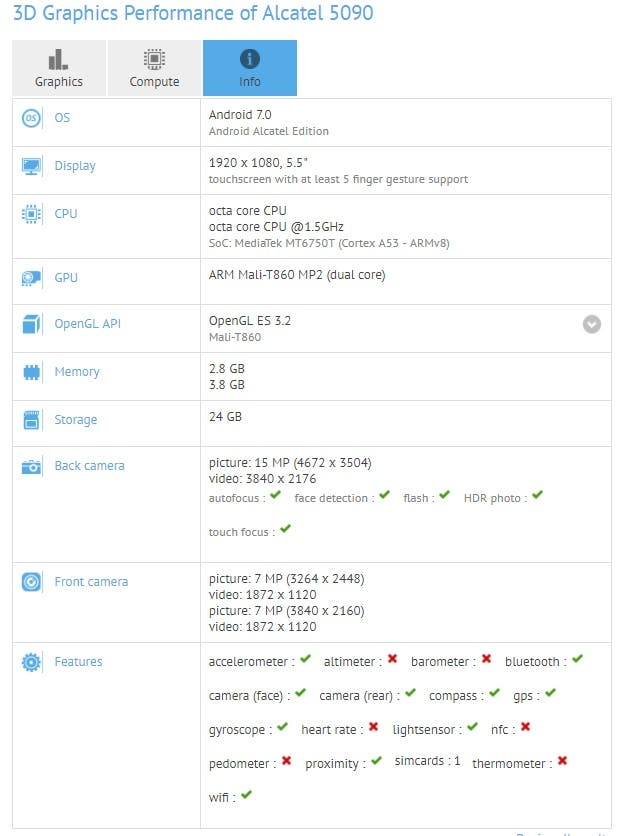 The latter was spotted earlier on GFXBench under model number 5090, packing a 5,5 inch full HD display, 3GB RAM/4GB RAM variants and 32GB of internal storage. The device is powered by a Mediatek MT6750T chipser (8-core, clocked at 1.5GHz), but it also packs a 16MP main camera, an 8MP selfie shooter and runs on Android 7 Nougat, sprinkled with Alcatel’s own UI.

Well known leakster Roland Quandt also helped us today, as he tweeted some official render images of the upcoming model. The Alcatel A7 will reportedly sell for €250 (∼$295) but he didn’t specify if that is for the 3GB RAM variant or the 4GB RAM model.

Next Koogeek T1 Smart Thermometer with Bluetooth Connectivity on Sale