YotaPhone 3 is the successor to Yota’s signature family of smartphones that have secondary e-ink display on the back. Invitations have now been sent out for the launch event to be held on the 19th of September at the Chongqing conference center in China. 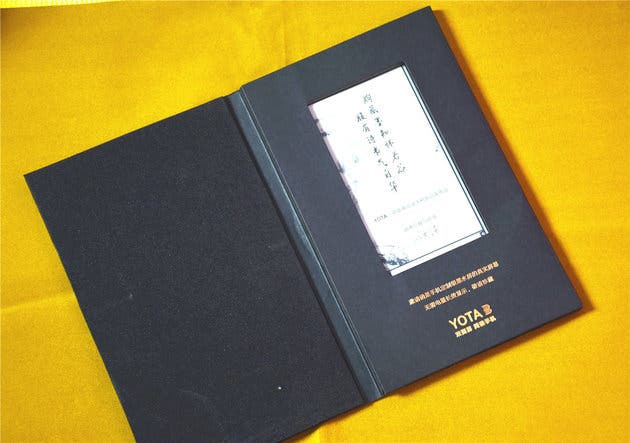 On the spec front, the YotaPhone 3 sports a 5.5 inch Super AMOLED 1080p display with a 5.2 inch e-ink 720p display adorning the back. Under the hood lies the octa core Qualcomm Snapdragon 625 chipset coupled with 4GB of RAM and 64GB/128GB ROM expandable via microSD card. A 12MP camera sits on the rear with an LED flash while a 13MP camera sits on the front. The phone is powered by a 3200mAh battery. 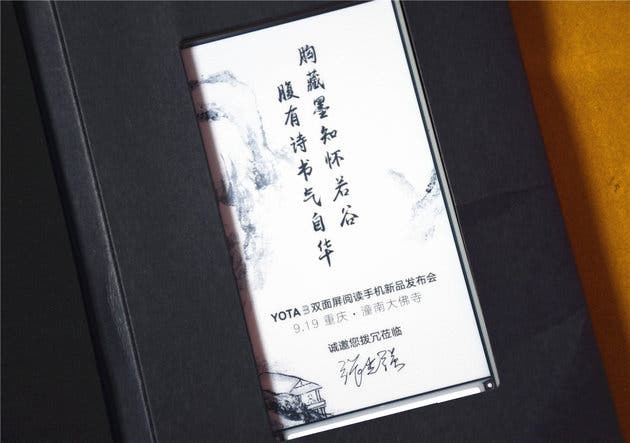 The Yota3 was announced about 3 weeks ago, with two variants in tow. The first, 4GB+64GB variant will retail at 2398 Yuan($360) for the white version while the black version will be priced at 2498 Yuan($375). Similarly the white version of the 4GB+128GB variant will be available for 3098 Yuan($465) and the black version will sell at 3198 Yuan($480). These prices were listed about three weeks ago on Yota’s official website which have now been removed, so the final prices will be revealed at the launch in China. Watch this space for more!