ZeroLemon is no stranger when it comes to making protective and massive battery cases for phones which not only protect your phone against external aggression and manhandling, but also acts as an extra battery and in the case of a phone with no removable battery acts as a backup when the original battery runs out of juice.

The Zerolemon galaxy Note 8 battery case is packed with a 5500 mAh and 10000 mAh battery which promise to add up to 48 hours of talk time, 16 hours of video watching or 74 hours of music streaming time extra  and up to 48 + hours talk time, 32+ hour’s movie time or 148+ hour’s music time respectively to the Galaxy Note 8.

The Zerolemon galaxy Note 8 battery case is not a replacement battery for the Note 8, but meant to recharge the Note8’s inbuilt battery, so practically cannot get the full 5500mAh worth of juice, but should on a single charge be enough to jack up your Galaxy Note 8’s battery to full capacity and still left with some juice.

In terms of design, the Zerolemon galaxy Note 8 battery case is now more streamlined compared to the Zerolemon S8 case, so it does not make your device necessarily bucky The camera and fingerprint sensor on the ZeroLemon Note 8 case are just wide enough so usage won’t be hindered. 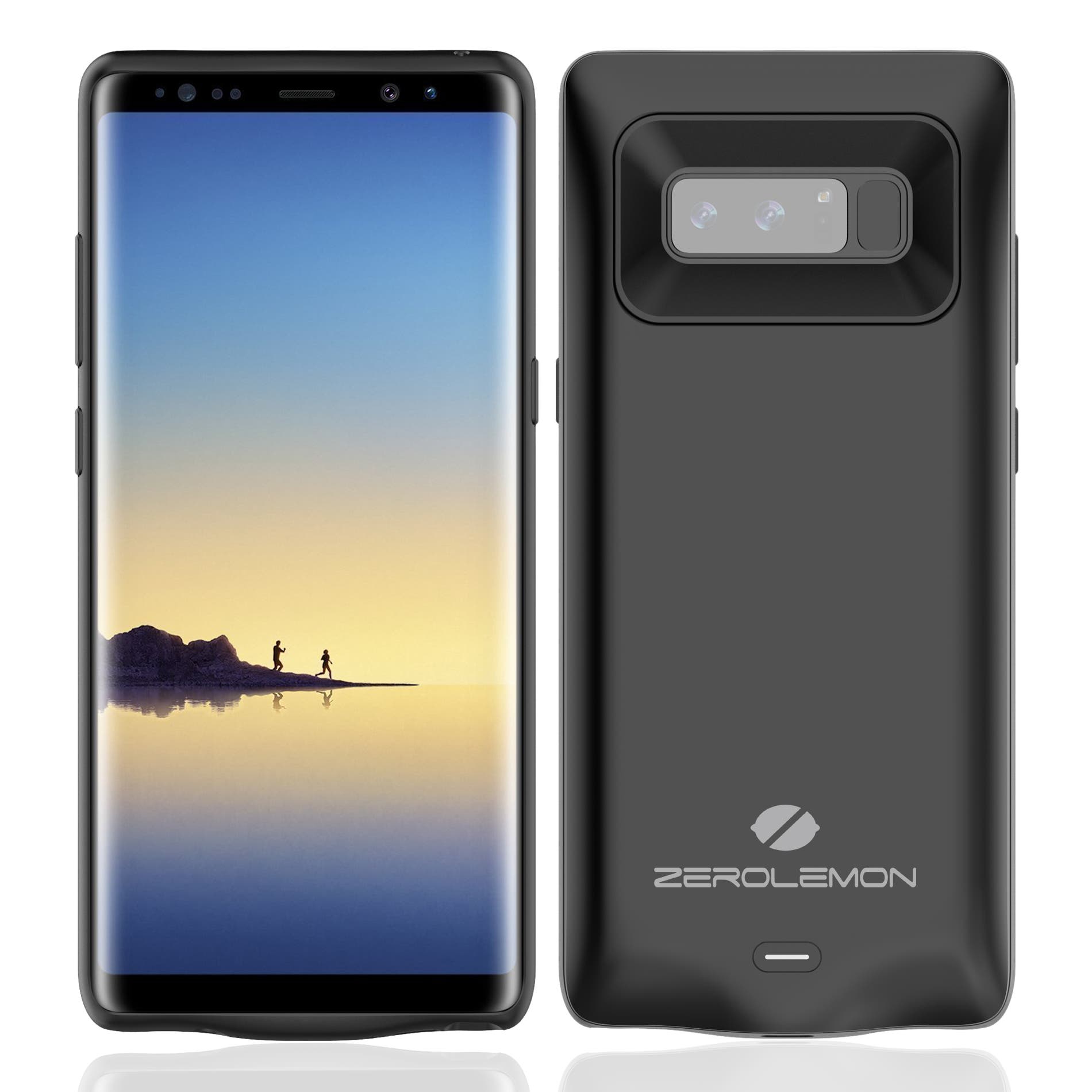 The ZeroLemon Note 8 5500 mAh case is currently available on Amazon at a discounted price of $39.99 with full year guarantee, lifetime customer support, and a claimed 100% zero defect rate.