The Ulefone MIX is the latest all-screen device launched by the Chinese phone maker. The smartphone has been doing extremely well since its launch and that’s probably why the company feels confident enough to compare it with the much more expensive Xiaomi Mi MIX 2. Let’s check out the video they just uploaded over on Youtube!

The first thing we notice in the video is that Ulefone has done a good job in minimizing bezels as much as possible. Side bezels are pretty much identical in size as well as the top one, where we see the different is in the chin, but that’s mostly due to the presence of a fingerprint scanner on Ulefone’s device. Of course, they could have gone the Xiaomi route but they believe users prefer front-facing scanners, so they went with that.

If we have a look at the back of both phones we see they’re drastically different in that as well. The Xiaomi Mi MIX 2 comes with a ceramic back which is a real fingerprint magnet, meanwhile on the Ulefone MIX we find an IML-processed back cover that features a dazzling lumia effect under any light source.

On the hardware side, the Ulefone MIX comes with a Mediatek MT6750T octa-core processor, 4GB of RAM, 64GB of internal storage, a dual 13MP+5MP camera combo on the back, a 13MP selfie shooter, a 3300mAh battery, an AW8737S audio chipset, a 6-axis gyroscope and it runs Android 7.0 Nougat out of the box. 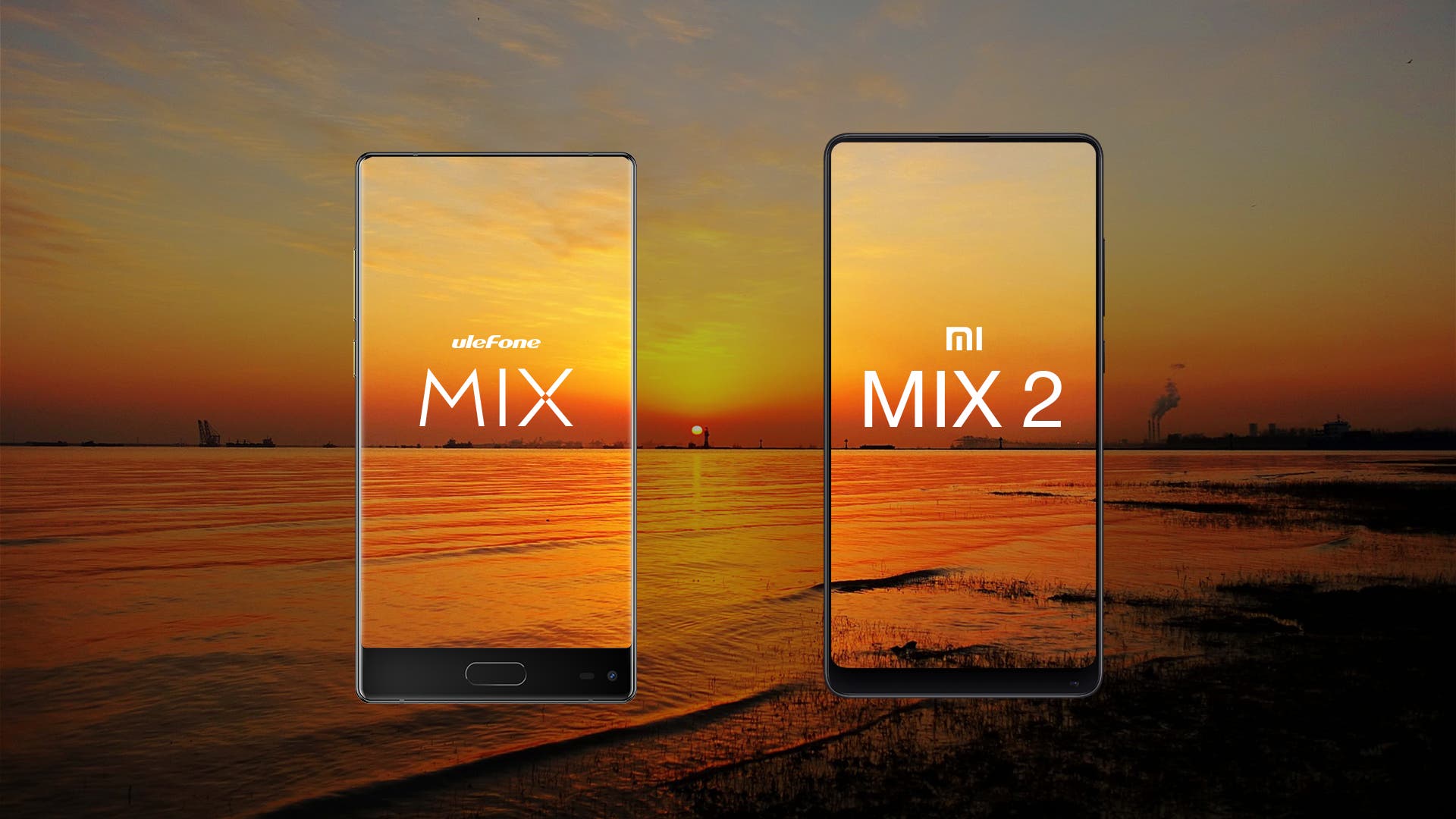 You can learn more about the Ulefone MIX on the company’s official website. At the time of writing, the Ulefone MIX is available for just $139.99 with a free $30 gift bag, after presales end on October 11th, price will rise back up to $169.99.