We first heard of this upcoming Xiaomi Mi 6C model some months ago when it first hit GFXBench under a mystery codename and today a rumored render of the device appeared. 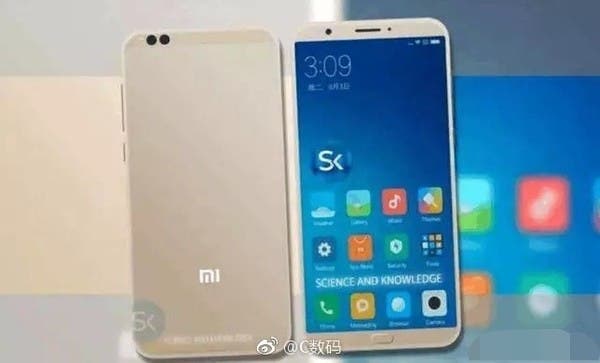 According to the image, this Mi 6C model will use a typical design with really small bezels, retaining the Home button below the display, while using a combination of glass and metal for its built. If you recall, the Xiaomi Mi 5C model was launched with the Surge S1 home made chipset by Xiaomi and rumors suggest that its successor (Xiaomi Mi 6C) will be using its next-gen Surge S2 SoC boasting four cores of 2.2 GHz Cortex A73 and four cores of 1.8 GHz Cortex A53 along with Mali-G71 MP12 for its graphics.

The same rumors insist that the new device will pack 4GB of RAM, eMMC 2.1 storage ttype, along with a 5,15 inch Full HD display (the same we can find on the Mi 6 flagship). From the render image we can see that it will possibly use dual camera setup on its back, coming with a rumored starting price of 1,699 Yuan (~$258).

Next Nokia 8 arrives in Finland with more RAM and storage