The Redmi 4A has been expecting an upgrade for a while now, at least since the Redmi Note 5A got launched. The device is still great for the low-end market, but it could definitely use a refresh, and Xiaomi agrees. The Redmi 5A has just had its promotional images leaked, revealing its features and design. 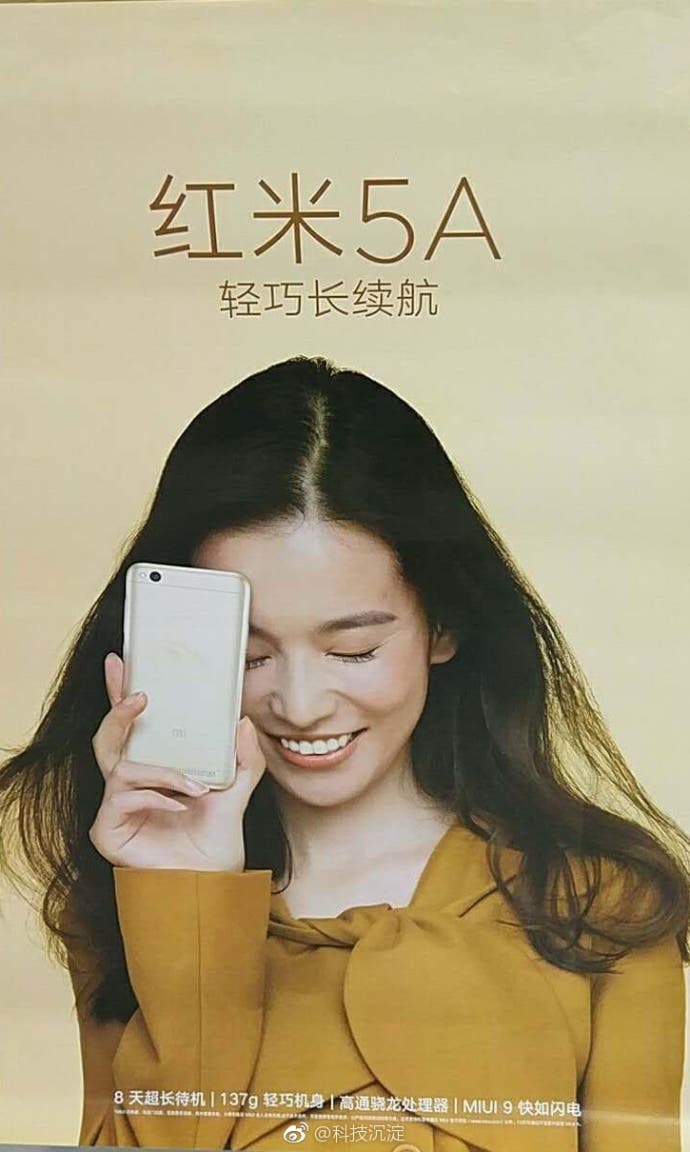 The design of the Redmi 5A is very similar to the 4A, the main difference being the apparent use of metal instead of plastic for the chassis. Other features shown off are the device’s supposed 8-day standby battery life, its weight of 137g and the version of MIUI it’ll ship with, MIUI 9.

The Redmi 5A probably won’t be a very substantial improvement over its predecessor. The company still needs to make sure the device doesn’t cannibalize their mid-range offerings. Still, we do hope to see some improvements done to the device. We also hope it keeps its low price tag, though a small price hike might be in order.