The Chinese giant Huawei is planning to unveil its first AppStore on the next year. The novelty was announced yesterday during Huawei Eco-Connect Europe event. In that move the company aims to expand its own ecosystem, and the first focus will be Europe.

To expand its mobile’s offering, the company established partnerships with more than 15 app and game developers. The new strategic partners will be a key piece in ensuring that Huawei AppStore and Huawei Video Service can see the light of day in few months.

Huawei ensures that its AppStore will count with a large scale of apps, games, and exclusive content and all content goes under rigorous testing before reaching the AppStore. The new platform also counts with a smart-learning system that will show recommendation based on its user’s preference. 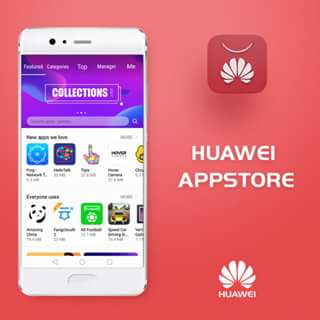 The company also shared some interesting numbers, according to them more or less 240,000 developers are working to fill AppStore’s content and already received $400 million in revenue over the last year.

When it comes to the Huawei Video Service, the streaming platform will reportedly come in the first quarter of 2018. Huawei ensures that service will be ad-free and will count with both local and international content, again based on its users preferences.

Both the services are expected to come in the next year, pre-loaded in the future Huawei and Honor handsets. What you think about this new move to defines a own, independent Eco-system? Moreover can Huawei compete in the fierce dispute that goes between app stores and video streaming services?

Read Also:  Huawei will release a new smartphone with a large display and 108MP camera