LG V30 smartphone which was announced a few months ago is now receiving a new update. This security patch weighs about 500MB and it comes with the build number “N2G47H”. This is the November security update which brings fixes to Androids open system and also improves the general system stability. It is being released OTA thus you will have to be patient for it to arrive on your device. When it comes, the update notification will pop up on your device’s screen. Although this update is still based on Android Nougat, LG is already working on a possible Android 8.0 Oreo update for local units. 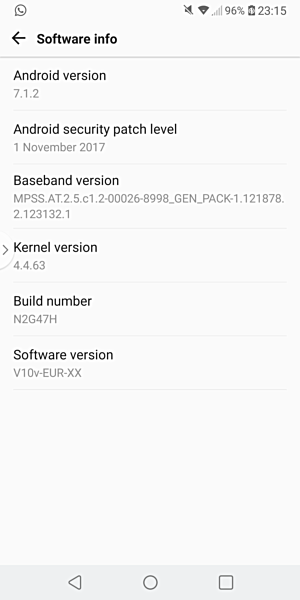 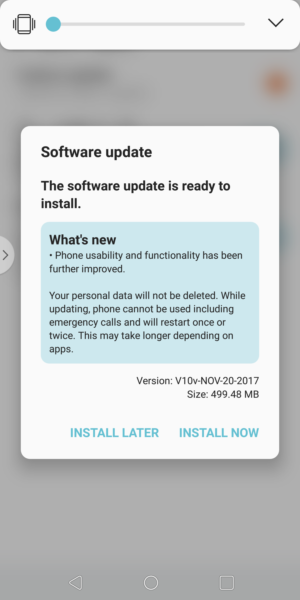 As a reminder, LG V30 is powered by an octa-core Qualcomm Snapdragon 835 processor coupled with 4GB of RAM and 64GB of internal memory which is expandable up to 256GB. It is equipped with a Corning Gorilla Glass 5 protected 6-inch P-OLED capacitive touchscreen with 1440 x 2880 pixels display resolution. In the camera department, LG V30 comes with a dual rear camera setup which has a 16MP camera supported by another 13MP shooter on the rear while the selfie snapper is a 5MP camera. Just like most recent top devices, this smartphone comes with a rear-mounted fingerprint sensor and its lights are kept on by a non-removable 3300 mAh battery.

Next Tired of your Microwear H1's TPU Strap? Get a Steel One Here!