Amazon, in collaboration with 10.or (Tenor), launched a new entry-level smartphone in India today. 10.or is a relatively new entrant in the Indian smartphone space with just two products in its portfolio. The new smartphone launched today is labelled 10.or D and is part of “Crafted for Amazon” programme. Amazon has also tied up with B2X for after sales support for which 32 service centres are present in India. The 10.or D is a competitor the Flipkart Billion Capture + phone recently launched by e-commerce giant Flipkart. 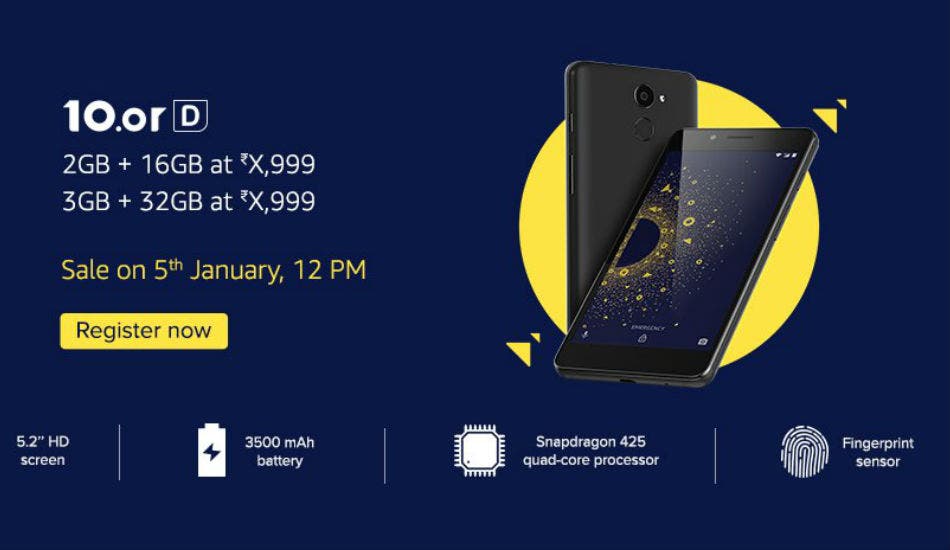 At least on paper, the 10.or D represents value for money. It features a Snapdragon 425 SoC under the hood along with 2 GB/3 GB of RAM. On the outside, the unimetal body design holds in place a 5.2-inch HD display at the front. While the rear has a 13 MP rear camera with autofocus, at the front sits a basic 5 MP selfie shooter.

Remarkably, 10.or D comes with stock Android 7.1.2 Nougat but does have some Amazon apps preloaded on the system. Also, an Android Oreo update has been promised for the entry-level phone. It possesses a 3,500 mAh battery capable of 2-day battery life as claimed by Amazon.

Previous Huawei P10 Getting EMUI8.0 Based on Android 8.0 OTA Update