Over the years, Chinese manufacturer Xiaomi has built a legacy in software support by providing constant updates to their portfolio of devices no matter how old these devices were. With the 2017’s curtains nearing its end, Xiaomi is providing yet another big update for one of its handsets, the Mi Max 2.

The new update arriving for the big phablet is no other than the last stable release of the MIUI 9, infamous Xiaomi’s eco-system running atop of Android. According to the company changelog the newest release brings optimizations and fixes for the Notifications Shade, fixing previous issues that were occurring with Social Media Apps like WhatsApp and Line.

Another inclusion in the software is a new re-worked and updated GMS (Google Services) and the recent November’s Security Patch brought by Google in the earlier days of November. For sure it’s a little disappointing since December’s patch is available since December 5th, but thankfully November’s update already brings some important fixes for the exploits like the WPA2 KRACK, better having November fun than nothing. 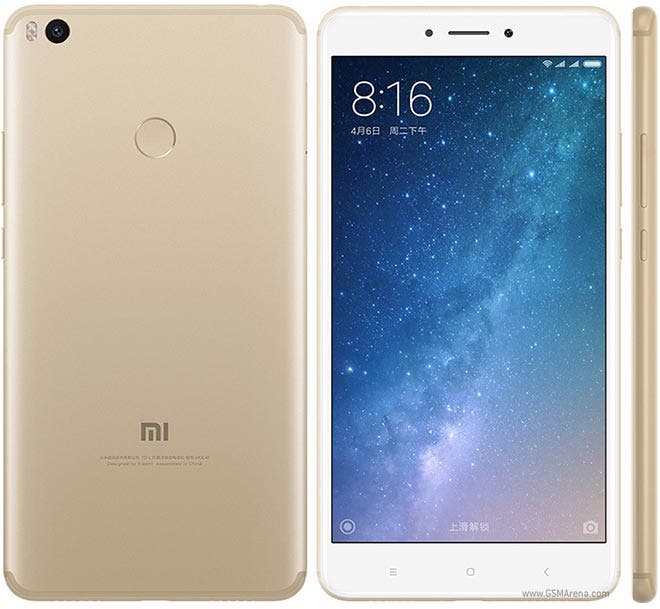 Xiaomi advices that the update should enroll soon for any eligible Mi Max 2 through OTA Channels, the company also mentions that users wishing to accelerate the process should constantly check the OTA Updater app, thus manually enabling the installation process. However these referred methods can’t help the users running older versions of Xiaomi’s propietary ROM, for those under this scenario a manual ROM flash will be necessary.

If you’ve been living in a cave for the past seven months, the Xiaomi Mi Max 2 was released back in May, powered by Xiaomi’s favorite mid-range processor, the Snapdragon 625. The big phablet packs a 6.44-inch display with a resolution of 1920x1080p that unfortunately came before 18:9 aspect ratio reach the peak of popularity. The handset came with 4GB RAM combined with either 64GB or 128GB depending from the chosen variant. Mi Max 2 main selling points are for sure it’s big display, but also its massive 5,300mAh battery ensuring the best of endurance.