On November 28, 2017, one of the leading smartphone brands announced the red version of its full-screen flagship in China. As you guess, we are talking about the much anticipated OnePlus 5T Lava Red, which was set to go on sale on December 17, 2017. Fortunately, it was launched as scheduled. But it met a high demand and all the units were sold instantly. Today the second bunch of units was gone on sale. Everything remains the same including the specs and pricing.

This version has been made for those who have supported the manufacturer during past four years. As you guess, this is an anniversary edition. However, everything but the coloring remains the same in comparison to the original variant. Thus the OnePlus 5T Lava Red still sports a 6.01-inch display using an 18:9 aspect ratio Full Optic AMOLED technology to provide the perfect viewing performance. Of course, this is the selling point of this handset, but the rest of features are quite impressive as well. Under the hood, we can find a Qualcomm Snapdragon 835 chip. This is the full-blooded version that means its regular frequency is 2.35GHz. The SoC is also paired with a 6/8GB LPDDR4X RAM and 64/128GB UFS2.1 fast internal storage. So no app or game will run out of memory. At last, the OnePlus 5T Lava Red is packed with a 16MP front shooter, 16+20MP rear camera, and 3300mAh battery supporting Dash charge, USB Type-C interface, and tons of other goodies. 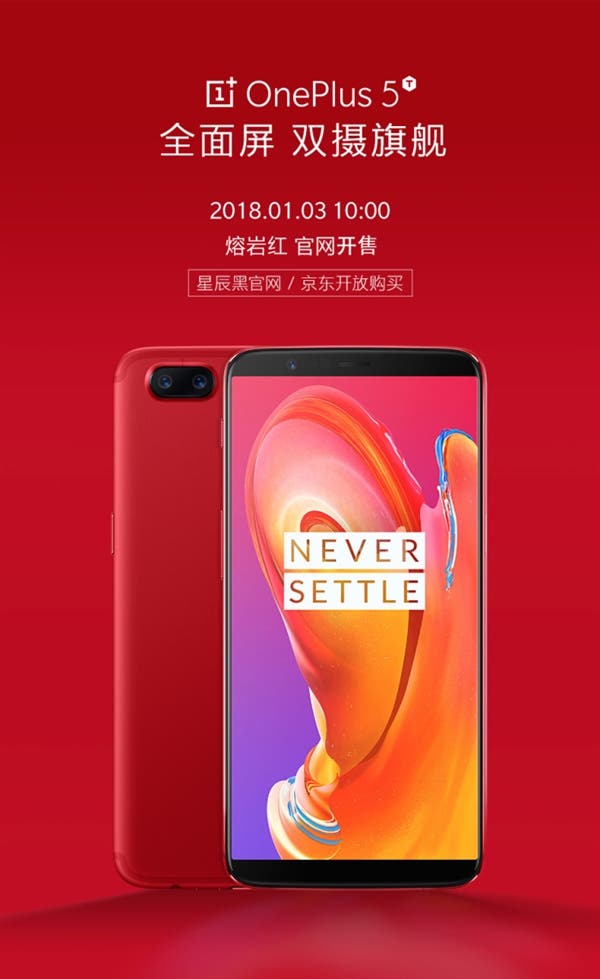 Next HTC U12 Render Shows Narrow Bezels and Chin