If Xiaomi wants to become Top 500 Enterprise Company in 2018 with 100 million shipments target, it should pay attention to both offline and online sales. Actually, the manufacturer has set a goal to open 2000 Mi stores in 3 years. And half of them will be outside China. Thus to improve the sales performance, the company has planned to enter other markets but the emerging regions. That’s why it’s opening Mi stores in Europe one after another and it is also planning to enter the US market by the end of 2018. Barcelona has been among those cities where a new Mi store was opened recently.

As you remember, in a couple days ahead of start the MWC 2018 in Barcelona Xiaomi announced the opening of its first Mi store in this city. Many have been thinking it’s been made intentionally to showcase its ambitions. But the truth is the location where it was opened is one of the best places in the city in terms of traffic.

The Xiaomi House Barcelona store is located in Carrefour Shopping Centre, opposite to the MWC Convention and Exhibition Center. It has put a big Xiaomi logo at the entrance to Carrefour. So we can say the organizational works have been implemented at the highest level.

The photos were taken at 5 pm, but as we can see, the store has no problem with the number of visitors. Moreover, most of them are Spanish. Thus we can state Xiaomi is a very popular brand in Barcelona and should provide a sales performance identical to the domestic stores.

Seem Xiaomi stores have some standards followed everywhere. The Barcelona store doesn’t differ from the domestic stores. Say, in the central area is placed long tables with the latest and best-selling smartphones of the company. They include the Xiaomi Redmi 5/5 Plus, full-screen Xiaomi Mi MIX 2, Xiaomi Mi A1 and many more. The Xiaomi Mi TV products are on the left side of the store. We can see the Mi TV Box models as well as robots next to them. At last, on the right side, we can see too many accessories, backpacks, smart scales, lamps, and many other products made by Xiaomi. 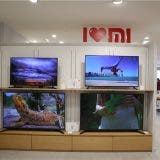 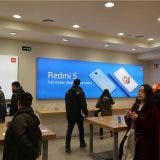 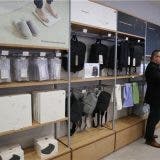 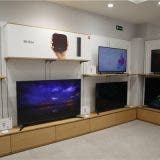 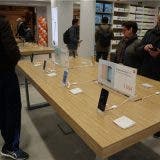 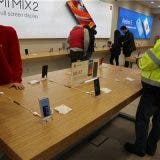 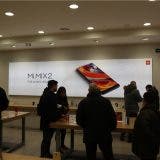 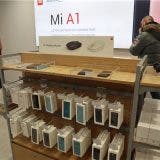 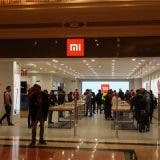 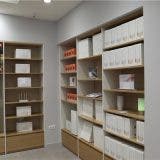 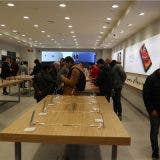 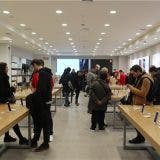