The Snapdragon 845 is considered to be the most powerful mobile SoC nowadays. MediaTek hasn’t launched its new chip that can compete with this model. The HiSilicon Kirin 970 still yields the SND845 a bit. And seems, the current flagship of Qualcomm has no rivals. But there are half a dozen smartphones running on this chipset. So the competition is too high. Moreover, each of them shows different results at benchmarks. Thus, it’s a matter of software optimization. In this sense, the OnePlus smartphones have been quite successful. The OnePlus 5T was the most powerful smartphone in 2017. As you remember, it sports a Snapdragon 835. The next-gen OnePlus 6 that is set to launch in the nearest future will be packed with the newest chip of Qualcomm, undoubtedly. But the company has more plans with this phone. So they should have been worked hard on improvements of all features not only the performance. Seems, it’s so. And this statement refers to the camera as well.

Previously, it was rumored various launch dates including April 25, May 5, and someday in June.  At this moment, we don’t know when it will come in, but one thing is clear – the OnePlus 6 is on its way, and we’ll see it soon. The leaked photos, benchmark test results, and teasers disclose some features it will come with. Say, we know the phone will be packed with a notch screen, a Snapdragon 845 chip, a 6/8GB of RAM, a battery supporting Dash charge 2, and a dual-camera using a 20+16MP sensors combination. But we haven’t had a certain information concerning the camera improvements.

Recently, the Mi MIX 2S, Huawei P20 series handsets, and a few other models showed off the main camera is one of the selling points of current flagship smartphones. So it’s assumed the OnePlus 6 will offer something like that. Today, OnePlus CEO, Pete Lau (aka Liu Zuohu) published a few photos on Weibo causing some assumptions. 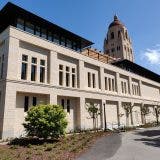 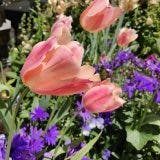 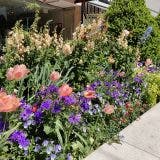 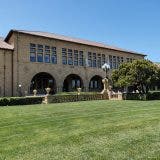 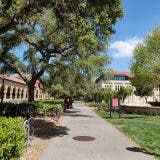 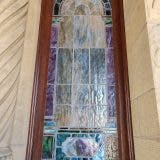 Undoubtedly, these photos are taken by the OnePlus 6. The photos were accompanied by the following text: ‘Stanford, California Sunshine, Tulips.’ As the shots are captured in Stanford, California, many people think he has gone there to negotiate about the supply conditions and price of the Snapdragon 845 with Qualcomm. Last time when he was in California, Pete Lau went to Qualcomm headquarters to negotiate about the Snapdragon 835. As we know, the OnePlus 6 is rumored to launch overseas for the first time. So it’s quite logical why OnePlus CEO is there.

Well, actually we can’t make any serious assumptions concerning the camera and its shooting performance because all photos are taken in daytime lightning. But we know the phone will feature a dual-camera using a 20MP resolution main sensor paired with a 16MP auxiliary camera. Another 16MP camera is said to be on the front.

Next ASUS Zenfone 5 Now Available for Purchase at Gearbest