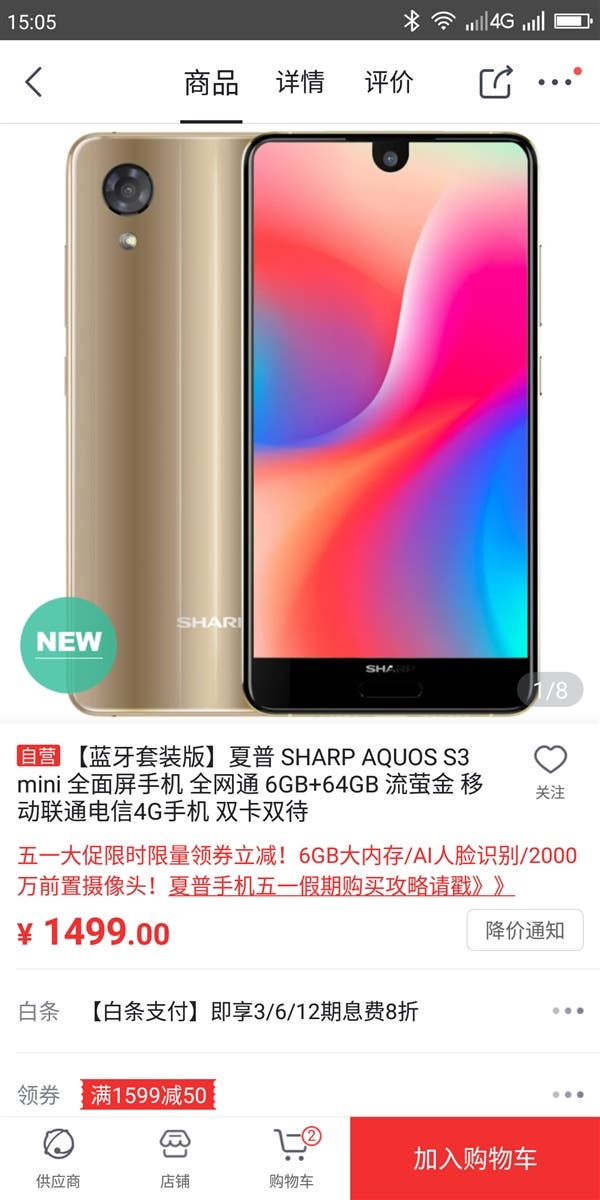 The Sharp AQUOS S3 mini is one of the most attractive smartphones but seems it’s not as popular as expected. Say, its housing is made of glass like the top-notch models. There are a few color options such as black stone, aurora blue, and firefly gold. The phone is very powerful when it comes to hardware as well. It is packed with a 5.5-inch full-screen providing a resolution of 2040 × 1080 pixels and an unusual aspect ratio of 17:9. The screen occupies 87.5% of the front panel.

Sony has been using Qualcomm’s chips for a while. It is equipped with a Qualcomm Snapdragon 630 processor, 6GB of RAM, 64GB of storage, and 3020mAh battery. But we should keep in mind this is a Sony smartphone. Thus it is also quite powerful when it comes to photographing. There is a 20MP on the back that incorporates the AI intelligent learning algorithm. The latter is capable of creating multiple layers of portraits and scenery allowing the blurred background to be more detailed and natural. In addition, there is a 16MP front camera with a large aperture of f/2.0, PDAF phase focus and beauty support.

As you see, the Sharp AQUOS S3 mini doesn’t yield the rest of mid-range smartphones at all. So after this discount, the phone will become more competitive.